Man convicted of murder gets life in prison 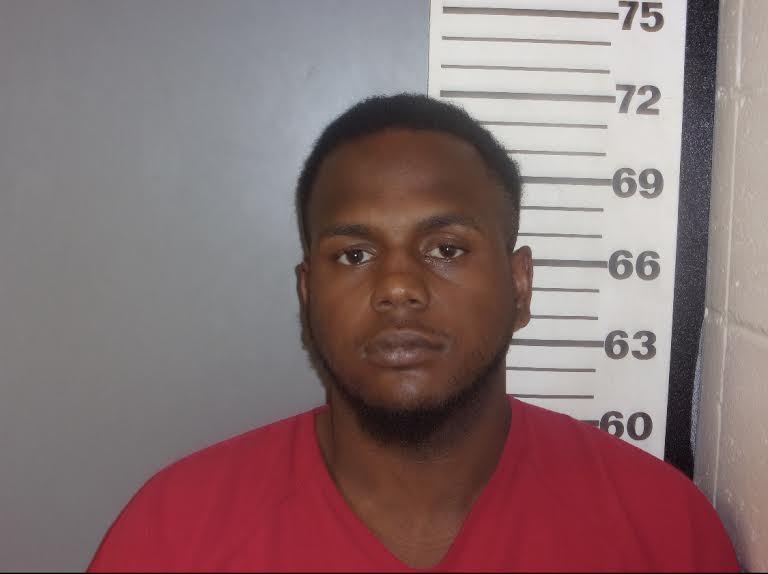 District Attorney Walt Merrell requested the maximum sentence for Parker, and that request was granted by the Court.  “Justice requires no less than Phillip Parker receiving a sentence of life in prison because he took another’s life. He killed TK Best in cold blood because he felt threatened by Mr. Best in his own relationship with his girlfriend.  The law and a civilized society can not tolerate such conduct,” Merrell stated.

The evidence at trial revealed that Best rented a car and drove from his home in South Carolina to Florala, Alabama to visit his two children. Parker was then dating the mother of Best’s children.  On that Sunday, Best visited the Huddle House to get lunch and to visit with former co-workers. Parker coincidentally arrived at the Huddle House after Best, briefly went inside, and then returned outside, where Best was standing in the parking lot. Nearly simultaneously with his exit from the building, Parker pulled a 9mm pistol, hid behind a vehicle and ambushed Best, shooting an unarmed Best twice in the chest.

Andalusia attorney Manish Patel represented Parker at trial and sentencing.  At trial, Patel presented a self-defense claim on behalf of Parker, but a jury was not convinced.  The five-day trial was resolved after six hours of deliberation.  At sentencing, Patel presented much of the same evidence which Parker believes supported his self-defense claim, arguing now that the evidence dictated mitigation as to Parker’s imprisonment term.

The State called two witnesses to testify at the sentencing hearing.  The first witness was the victim’s sister, Klarissa Albritton. Albritton looked directly at Parker and told him how he had stripped her family of a brother, a son, grandson, nephew, uncle, and so many other things.  “He was loved, and his life mattered.  Not once have you looked me in the eyes.  You never showed on your face any remorse for taking my brother’s life.  I know that when his head hit that pavement and he drew his last breath that he was thinking of his children,” stated Albritton.

The State’s second witness was Covington County Sheriff’s Office Investigator Al McGraw, who testified briefly to a new Promoting Prison Contraband charge that Parker received for having a “shank” in the jail, an offense that occurred after the trial.

Parker called only one witness on his behalf, his mother, Robin Parker, also of Mobile. Robin Parker apologized to Best’s family but reminded the Court that sentencing her son to life imprisonment would not bring Mr. Best back.  Robin Parker pleaded for leniency on her son’s behalf and testified that, if given the opportunity, her son could be a productive citizen.  Robin Parker largely blamed her son’s girlfriend and Mr. Best for creating a situation, through manipulation and threats, that forced Phillip Parker to take extreme action.

Judge Short gave Parker the opportunity to speak before imposing judgment and sentence.  Parker initially apologized to the family of TK Best, but remained firm in his defense that he acted to protect his own life and that of his girlfriend.

Merrell added, “I appreciate that Phillip Parker professed to apologize to Best’s family, but he immediately thereafter ranted about how his girlfriend and Mr. Best were the reason he found himself in the situation he is in, continuing to fail in taking responsibility for his own actions and bad decisions.  Nobody was on trial except Phillip Parker, and we were not at a sentencing hearing for anyone other than Phillip Parker.  He was not going to make this about anyone else.”

Merrell led the prosecution team, assisted by Chief Assistant District Attorney Grace Jeter and Assistant District Attorney Nikki Stephens, but wished to thank the many law enforcement officers that worked hard to put together a great case prior to prosecution. Merrell stated, “Florala Police Chief Sonny Bedsole and his entire department, Agents Chris Inabinett, Brian Harvin, and Marvin Williford of the Alabama State Bureau of Investigations, investigators Joey Cato and Mike Irwin of the Covington County Sheriff’s Office, and many others – they all did a fantastic job working this case, collecting evidence, obtaining witness interviews, and putting all the pieces together.”