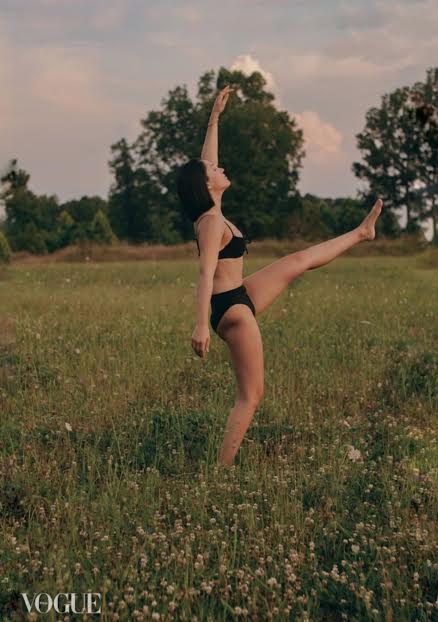 After considering modeling for years, Opp native Annie Grace Mixon found an opportunity that she could not pass up.

Mixon was asked to do a photoshoot that led to her being published in two magazines within a few weeks of each other – Vogue Italia and Malvie Magazine.

Mixon was connected to a Starkville photographer named Joseph Noll through a mutual friend. After conversing over social media, they decided to do a photoshoot.

“There was a photographer I met through a mutual friend. We talked over Instagram during spring break and he asked me if I would be interested in doing a photoshoot,” Mixon said.

Mixon explained that the photographer had a photoshoot he wanted to try and she took the chance.

“He said he liked my style and had an idea in mind for a shoot with tulle [fabric,]” Mixon said. “He said let’s do a photoshoot over the summer and I agreed.”

After a few weeks, the photographer reached out to Mixon and planned a date for the shoot.

“He reached out again a little over a month ago and a couple weeks later he asked me if I could be in Starkville, Miss., by Tuesday,” Mixon said. “I said yes and we did the shoot.”

At the time, Mixon did not realize that she had a chance of being published. She first found out about Malvie Magazine, and later learned about Vogue Italia.

“I found out that I will be in Malvie Magazine which is a magazine based out of France,” Mixon said. “I don’t have a lot of information on that one yet, but they are picking photos out of my photoshoot for it.”

Mixon was overjoyed to hear that she would be published twice from the same photoshoot, one in print and one online.

“[The photographer] has an account on Vogue Italia where he uploads his work, kind of like an online portfolio. They pick out of the photos he sends in and they post them online on the Vogue Italia website,” Mixon said. “Whatever they pick goes on there.”

This experience made Mixon realize that her dream of being a model was not as far fetched as she had always believed.

“I’ve always thought it would be cool but I never thought it was attainable,” Mixon said. “This was a spontaneous opportunity but it made me want to try and pursue modeling.”

Mixon attended Lurleen B Wallace Community College in Andalusia. She then transferred to Mississippi State where she majors in fashion design and minors in photography. She plans to pursue more modeling opportunities in the future.