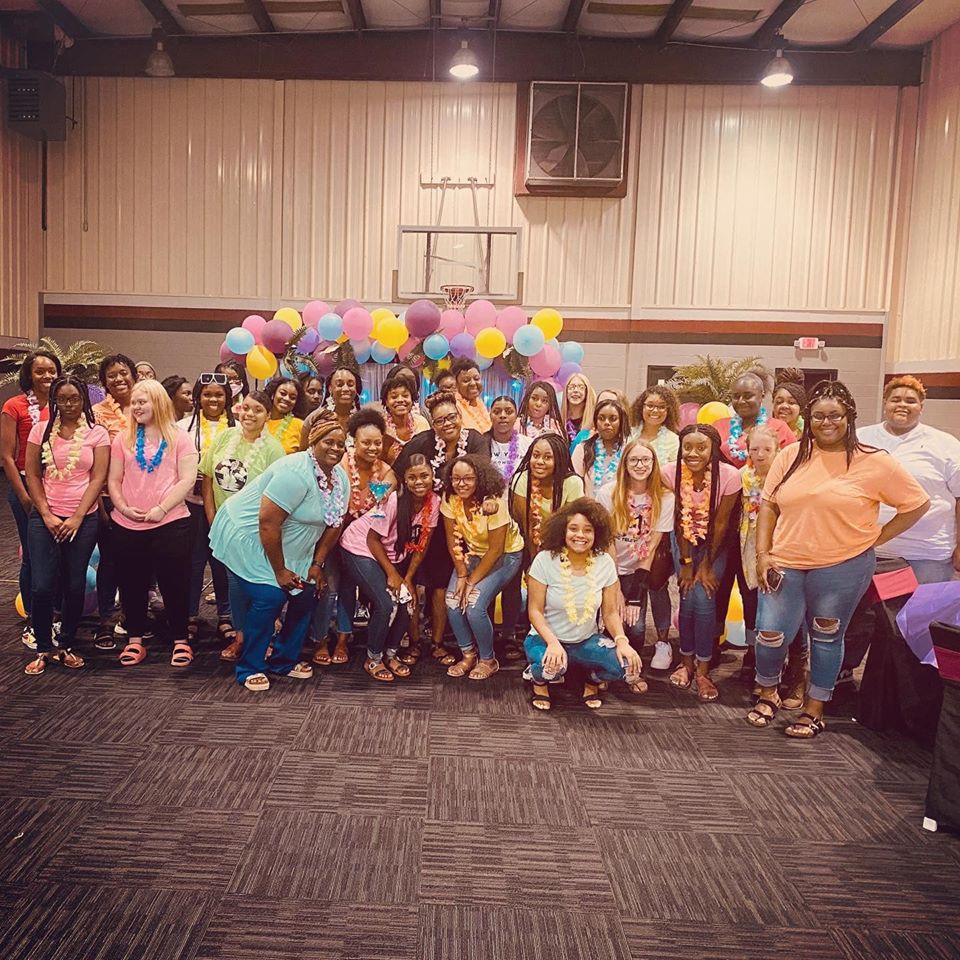 On June 13, 36 people arrived at the Coleman Center to find tables full of art supplies and a room covered in tiki-themed decorations.

The event, Ambry Ward’s first “Paint and Prosper” event, is geared towards pre-adult and teen females.

“I’ve had a couple of painting sessions for adults and we wanted to have some for the teenagers so they can have something to do and be inspired at the same time,” said Ward.

The adult painting sessions have been a huge hit for Ward and she wanted to expand to include those who are “growing up into adulthood.”

Ward posts an “Act of Kindness” every Monday on the Women Empowering Women Facebook page. There, members comment on the event and purchase a small gift for the commenter who posted above them on the conversion thread.

“They have a week to buy a present and meet a person that they wouldn’t have had an opportunity to meet otherwise,” explained Ward.

Ward’s team, Women Empowering Women, has helped expand her dreams and reach faster than she could have thought.

“There’s over 760 members [of the Facebook group] now,” said Ward. “We posted in our group about looking for sponsors for 36 young ladies to attend a Paint and Prosper. And it just went from there.”

Members of both the group and the local community reached out to Ward’s group about sponsoring a young lady or donating to the event.

“I wish someone had talked with me at that age to not being so judgemental and about choosing friendships you make in high school,” said Ward.

“I choose different topics based on what’s going on,” explained Ward. “It’s [about] what’s going on in the community on what we need to talk about and what needs to be handled.”

The event was open to 16-22-year-olds and had guest speaker Vivian Willis, former Andalusia women’s basketball coach and educator in Covington County.

Willis spoke about the events that shaped her life including the effects of the recent passing of her daughter on her life and her family.

“A lot of them [young people] think it just comes overnight, but I’ve been through a lot of heartbreak and trials and tribulations,” said Ward. “I wanted to set out to show them you can always change.”

Women Empowering Women’s goal is to show acts of kindness.

“A smile and a hug go a long way,” commented Ward. “We’re not here to judge people for their actions, their race, what they’ve been through. You never know what kind of change or impact you can have on someone’s life just by reaching out to see if they’re okay or just being there.”

“I just want everybody to be equal and serve their communities and be happy with life.”