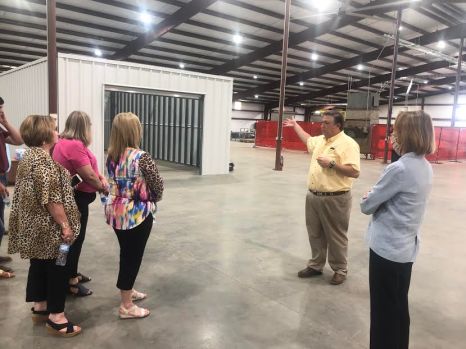 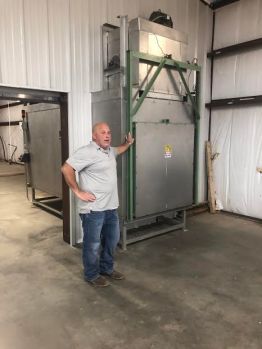 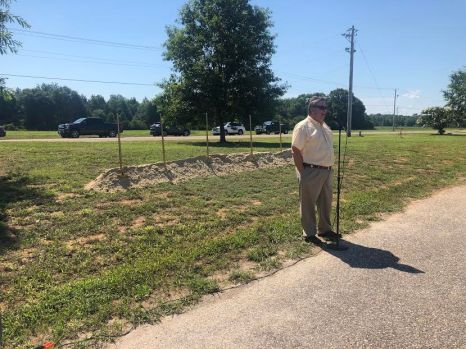 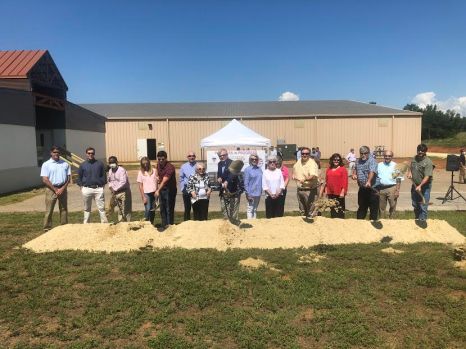 Covington Casket is expanding to a new building at the Industrial Park in Andalusia and owner Alan Williamson said he is expecting to be the best in the business with the move.

“We have never had the right business here until now,” Andalusia Mayor Earl Johnson said. “Little more than a year ago, Alan contacted to say that he had contracted for an 18 wheeler load of equipment and needed a place to store it. He had basically purchased an additional factory of equipment and needed someplace to put it. We began a conversation with him which resulted in this partnership.”

In addition to the existing 40,000 square feet of space that is being renovated for Covington Casket, an additional 16,000 square foot expansion will be added to the south end of the building.

“Economic development specialists know that the best way to grow an economy is with a steady growth of existing industries,” Johnson said. “The expansion here is a great step forward for Covington Casket and for Andalusia and Covington County. Members of the Andalusia City Council, our industrial development board, our chairman and others are here with me to congratulate Alan and his family on this great expansion.”

Covington Casket was established in Andalusia in 1924. It currently has 38 full time and four part-time employees in its manufacturing facility.

With the expansion, it is doubling its current space and expects to add six new jobs in the first year.

“I have several people that I want to thank here,” Alan Williamson said. “I want to thank the mayor, all of the council people, John Thompson with the city and the industrial board. This is nothing but God’s work. February was a year ago and if you told me that I would be standing here, I would say that you’re lying. It is amazing how every door has been opened and I know God has opened every door for me. I realize that and I want to praise Him. We have got outstanding employees and I know that they are excited. I hear the rumblings and I know they want to get out here. We have been bumping all into each other. We aren’t going to bump into each other out here. We are definitely going to be more productive and have a nicer workplace.”

“The mayor is the best thing we have ever had in Andalusia,” Williamson said. “If people want to relocate to Andalusia, this is the place to come, because I have had nothing but 100 percent backing from these individuals [city council.] You just look at what we have had come here; Popeyes, Zaxbys, Big Mikes, the new Firehouse Subs coming. Man, what a growth, and these guys have got it going on.”

The whole goal at the new facility for Williamson is quality.

Production at the facility Covington Casket is in now, they are making 38 to 40 caskets a day. Williamson hopes that doubles when they move to the new facility.

“We will easily be able to double that,” Williamson said. “We just have to crawl before we walk. We will start out with maybe 35, but this facility will definitely carry us for the next 25 to 30 years.”

Williamson and his brother, Eddie Williamson, worked in the business with their father, Johnny, until his death. Afterward, E. Williamson managed manufacturing and A. Williamson was on the road selling. In 2018, E. Williamson sold his interest to his brother and retired. A. Williamson’s son, Andrew, then joined him in business, taking over his father’s former sales role.

Williamson hopes to be in the new facility by the end of the year.

Covington Casket has warehouses in Albany, Ga., in Hattiesburg, Miss., and Hammond, La.