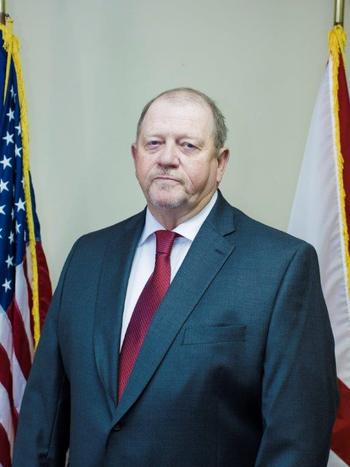 A group of concerned locals has started a petition to remove Covington County District 3 Commissioner Tony Holmes from office after a series of what some say are controversial Facebook comments have surfaced this week.

The second comment was a status on Holmes personal Facebook just after the rioting and looting began in Minneapolis after the death of George Floyd.

He wrote, “I’m going to make the same offer to Minneapolis I made to Ferguson a few years ago. I bring who I need with me, a group of 12-16, we are to do what has to be done, and we’re gone. I certainly don’t agree with that happened to this man. Not at all. But the looting and burning, that’s not an answer. My numbers in the book.”

O’Neal wrote in her Facebook post, “From one of our very own county commissioners in Covington County. Make him go viral ya’ll. Why is this man in office? I urge you to file a complaint against Covington County Commissioner – District 3 – Tony Holmes.”

After an outpouring of comments and messages, O’Neal started a petition to the Alabama Ethics Commission and the Alabama Attorney General. As of 5:30 p.m., on Fri., June 19, there were 438 signatures.

“The outrage, anger and disgust from the community when I posted his comments on Facebook is what led me to start the petition,” O’Neal said. “A group of my friends has all communicated with people who are not OK with this. This is a man who was put in a position of power over this community. He is supposed to represent us. He is supposed to represent the people that live here. How can you represent a huge portion of your community when you’re making statements like that? It is mind-blowing.”

O’Neal, Tyawanda Barnes, Lisa Boatwright and Kyle Powell all stated they wanted a resignation from Holmes.

“We are calling for his resignation, that is where we are at with it,” O’Neal said. “He should apologize, but he should do that because he should be a decent person. He needs to step down and he needs to do it immediately.”

Barnes said she fears for a man in Holmes’ power to say comments like “lynch mob” because she fears for her 21-year-old African American son’s life every time he walks out of the house.

“I am tired and this has gone too far,” Barnes said. “I have a 21-year-old black son and when he walks out that door, I don’t know if he is coming back home or not. For Mr. Holmes to sit up and say that in little Andalusia, it is unacceptable. We need your resignation. You need to be gone immediately.”

When Barnes first read the comments, she said she was furious.

“Listen, I don’t curse, but baby, I was just hurt,” Barnes said. “I was literally in disbelief that a man in this high position could make a comment like this and you just think it is OK? No. It is not OK. I’m going to take the proper steps through the chain of command to do what I have to do to get him removed.”

“What I have been told Tony said does not reflect the commission at all,” White said. “He was speaking on his personal page, but in fairness to Tony, I have not talked with him yet, so I don’t know. I have something that I was told that was posted and I’m a little suspicious of it. What I was told was posted, I have real concern about.”

White said he hears the frustration of the people of Covington County and he will do whatever they can to heal the wound.

“I have had several phone calls of concern and met face-to-face with a couple of people,” White said. “I hear the frustration and the hurt and the anger. Man, I want us to do everything we can here to heal any wounds and make things right. I am very proud of Covington County as a whole for realizing we still do have problems like any community does, but I want to do things to make things better. I think the entire commission would agree across the board that we want to do things to make things better.”

Association of County Commissions of Alabama [ACCA] Executive director Sonny Brasfield said it is important for citizens to realize that the ACCA is not a policing organization for county officials or employees.

“We have no supervising role over any county officials or employees,” Brasfield said. “So for us have any reaction to or role in the aftermath of things that happen, be that positive or negative, we always just try to help and provide technical assistance and those kinds of things.”

“Alabama law says county elected officials can be removed from office by impeachment,” Brasfield said. “It would require following an impeachment process, which requires both a vote in the House and the Senate. Let’s say if I was a commissioner in ‘Jones County,’ and all of the other commissioners wanted me off the commission, there is no way for them to do that. That is not the role of the county commission. That power falls to the legislature.”

Below is Holmes’ full statement regarding the situation:

“In 2014, a friend of mine posted an article on social media concerning a Mobile, AL police officer being shot and killed by a habitual offender who was out on early release due to the Alabama Prison Reform Act. The matter of prison reform, that results in violent criminals being released early from prison years – even decades – early, is a matter I feel strongly about. Let me be very clear, I am against the early release for violent criminals.

“If lawmakers want to allow violent criminals an early release due to overcrowding, I suggested in my social media response to a friend that we bring back lynch mobs. This way the criminals, whom lawmakers feel they cannot make room for in prison, will not have the opportunity to kill another innocent person.  The innocent people who are killed by these criminals aren’t allowed that opportunity as their sentence is eternity.

“In regards to the riots and lawlessness that occurred in Ferguson and, most recently, Minneapolis, I stated I would be willing to fight to save our country. That offer still stands today. I have served this county as a sheriff deputy and have family members who currently serve in law enforcement today. It remains very much a part of my life. I have, and always will, stand for law and order and a civil society.

“I am unclear about how this witch-hunt against me started, or who led the charge to misconstrue my words on social media as racist. I do not know any of the people on this denigrating Facebook thread where my life, and the lives of my family, have been threatened. I do know that this is the first time I have ever been called or labeled a racist in my life.

“I’ve tried to keep this response as brief as possible, but I do want to be very clear. I support the rule of law. I support law and order. I do not believe in destruction of property, looting, or rioting as a means of protest for, or against, political preferences. I do, however, strongly believe in, and support, freedom of speech and offering citizens the opportunity to disagree with me.  I applaud anyone who exercises their American freedoms. They are entitled to those opinions. And, as a citizen of the United States of America, so am I.

“In conclusion, I humbly ask that we, the citizens of Covington County, do not allow the division happening throughout this country to dictate our future because we are all in this together. I appreciate the opportunity to serve as your Covington County Commissioner for District 3.”