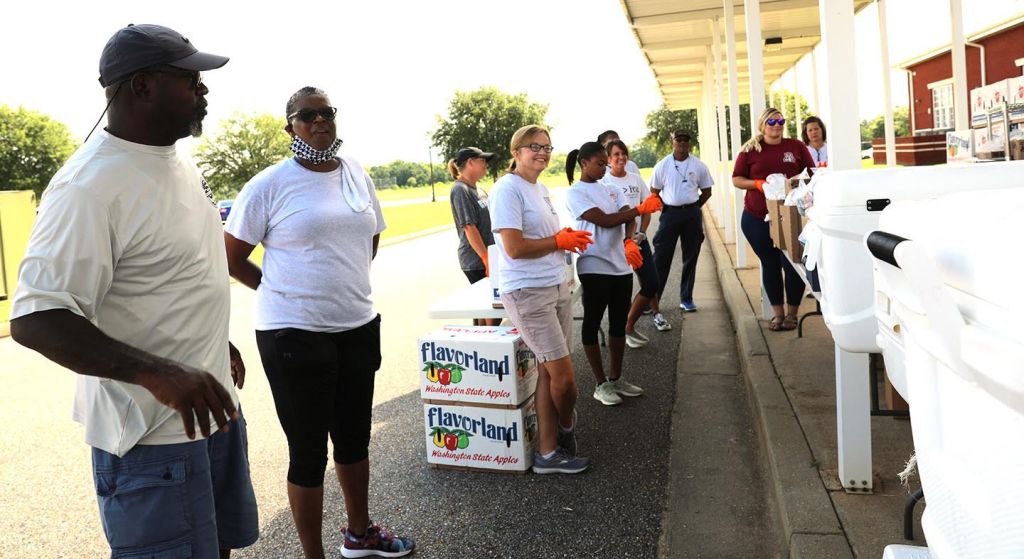 When COVID-19 shut down the school systems with little to no notice, Andalusia City School’s nutritionist Shan Burkhardt was dealt a hard hand to deal with, making sure every child was fed off-campus.

Four months later, Burkhardt and her team managed to deliver 85,546 meals to families in Covington County.

“As a whole, our team pulled together at record speeds,” Burkhardt said. “It was unbelievable what we did. None of this would have been possible without the whole community. We had everybody from ADC [Andalusia Distribution Company,] who stored a lot of the food for us, to all of the behind the scenes people who packed all of the food and people spreading the word for us. I just couldn’t have hoped for anything better.”

Each week, the ACS Summer Feeding Program increased its numbers.

“I think that is such a blessing,” Burkhardt said. “We ended the program today and we had the largest turnout, with 650 families. To me, it is very humbling to think about. I wasn’t sure how it was going to go to start with, but it all worked out in the end. We had the city come along and help us out in the month of June and it was phenomenal.”

Mayor Earl Johnson was at the summer food distribution event Monday to thank those who have made the program work for their efforts.

“Without you, we would have hungry kids,” the mayor told the workers. “And that gets me right here.”

Moving forward, Burkhardt said she and her team are waiting on guidance at the state level.

“We should know by Thursday what we are going to do for this next school year,” Burkhardt said. “All I know is that all our roles are going to change. We know that we are ready to do that and ready to rise up to the challenge.”

Superintendents give update on back-to-school situation