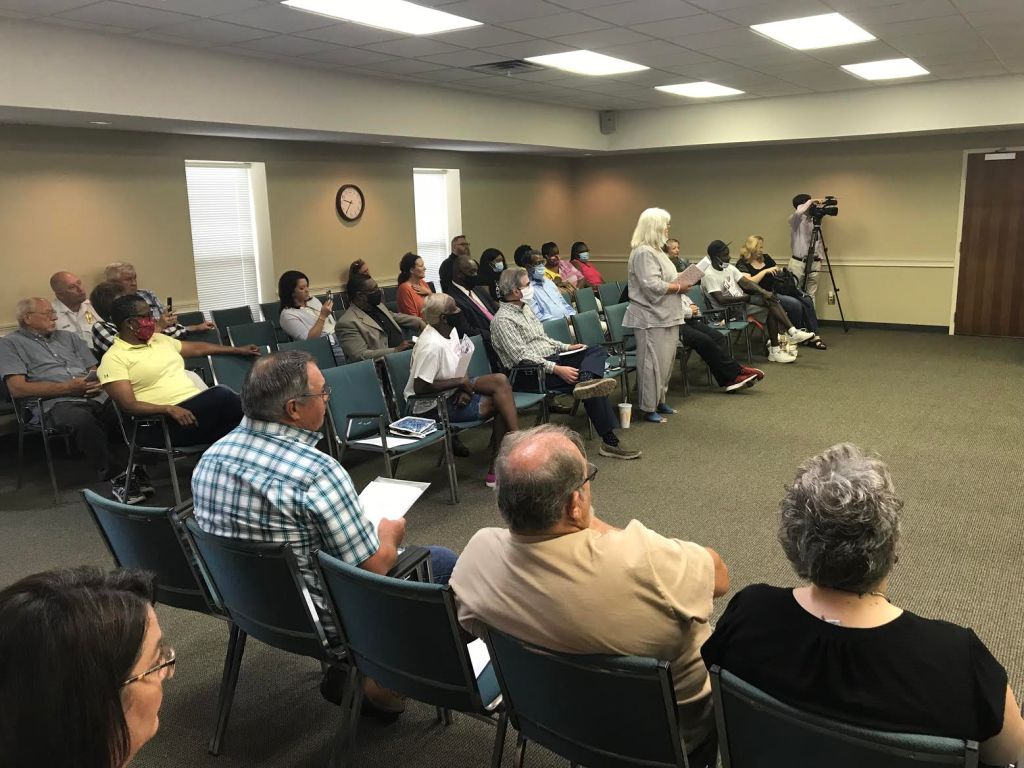 Will speak at mid-July meeting

A group of protestors calling for the removal of Covington County Commissioner Tony Holmes after what the group alleges to be racist comments on his Facebook was unable to speak at the regularly scheduled commission meeting on Tuesday morning, due to not meeting the agenda policy.

The second comment was a status on Holmes’ personal Facebook just after the rioting and looting began in Minneapolis after the death of George Floyd.

He wrote, “I’m going to make the same offer to Minneapolis I made to Ferguson a few years ago. I bring who I need with me, a group of 12-16, we are to do what has to be done, and we’re gone. I certainly don’t agree with what happened to this man. Not at all. But the looting and burning, that’s not an answer. My numbers in the book.”

Andalusia local Kendal O’Neal started a petition calling for the removal of Holmes and so far, that petition has 907 signatures.

On Tuesday morning, when commission chairman Greg White called for a motion to adjourn the meeting, local Harriet Hubbard stood up claiming that she called on Thursday to be put on the agenda and was not given the opportunity to speak.

“I called on Thursday asking to be put on the agenda, and was told that you would return my call,” Hubbard said. “You never returned my call and you never placed me on the agenda. I have a group of people here and obviously there is a problem here that needs to be addressed.”

“Since I never received the message, I never got a request to be on the agenda,” White said. “Kyle [Powell] also requested to be on the agenda, but the agenda was already set, but I met with him and a couple of other people in person. What I would invite you to do is get on the next agenda.”

Hubbard said that was not acceptable.

“I think the people here with me today would agree that enough is enough,” Hubbard said.

The agenda policy, according to White, is that the person speaking must make a request within 72 hours prior to the meeting.

“We have always applied that as three working days prior to the meeting,” White said. “That has been our standard policy. That’s just the practice we have made and we are not going to change it week to week.”

Covington County NAACP president Aaron Bogen stood up in the commission meeting and stated that the comments Holmes’ said were serious.

“This is not going well right now, because you’re not letting anybody speak,” Bogen said. “It is not OK that you let this man sit on the board and let him be racist. This is not right. What if I made a racist statement to you? You would have me arrested. This is wrong and you know it’s wrong.”

Though there was no physical altercation, Covington County Sheriff Blake Turman did step in to deescalate the situation.

“The cowboy’s ABC. Do you know what the cowboy ABCs are? Always Be Cool,” Turman told Bogen.

Andalusia local Lisa Boatwright said she is terrified to be in Andalusia.

“I shouldn’t have to live like this here,” Boatwright said. “Now, where we have one problem, we have a community problem. There are literally people here who are saying, ‘I’m for lynching,’ and that is even worse than the problem that we had before when we first mentioned it.”

The group of protestors did schedule to speak at the next county commission meeting.