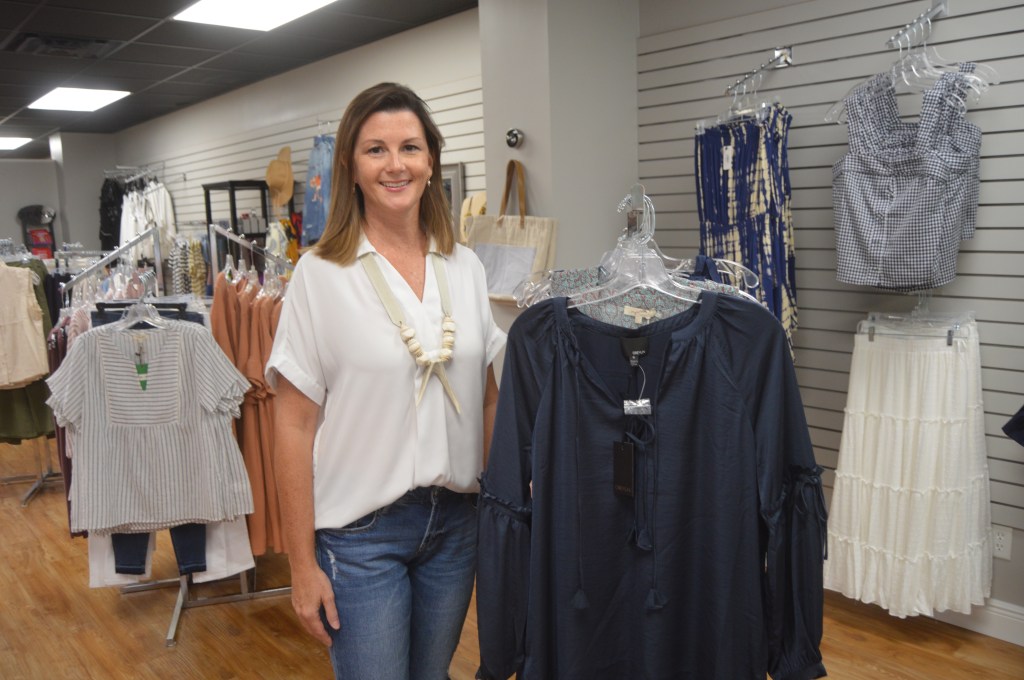 Town and Country owner Terri Proctor was praised on social media for her involvement with the women’s class of Crossover Ministry.

“I’m a little embarrassed from all of the attention, honestly,” said Proctor. “I didn’t do it for recognition or to self-promote. It’s just blown up over Facebook.”

Proctor knew of Crossover Ministries for several years and wanted to do something to help the community when she took over the store on June 13 after maintaining Town and Country’s social media page for the previous owner for several years.

“I’ve just taken over the shop and was thinking of a way to just give back to the community,” said Proctor. “That’s always been very important to me. We lived on the beach for a couple of years and I was on the Junior League (a women’s volunteer organization and nonprofit), as the vice president of community affairs, and we started a clothes closet down there for children at the local schools, down in Okaloosa and Walton County. To give kids clothing at school if they didn’t have it.”

“It [the children’s closet] was just a great service and, honestly, I’d love to be able to do something like that here [at Town and Country],” said Proctor.

The women’s group of Crossover Ministry visited Town and Country on June 24. Each person chose two outfits, shoes, jewelry and was given some makeup to complete their looks.

“They were so excited when they came in because they have graduation coming up at the end of August and a lot of them picked out outfits to wear for graduation,” said Proctor. “They couldn’t wait for their families to come and see them. I was so overwhelmed by how excited they were. They wanted me to help put some things together, to pick out shoes…it was just so great to see. They were all so excited.”

“It was an amazing gesture of Christian love and compassion,” said Crossover Ministry on its Facebook page. “Terri said she knew this was a way she could help support these ladies and let them know they are loved.”