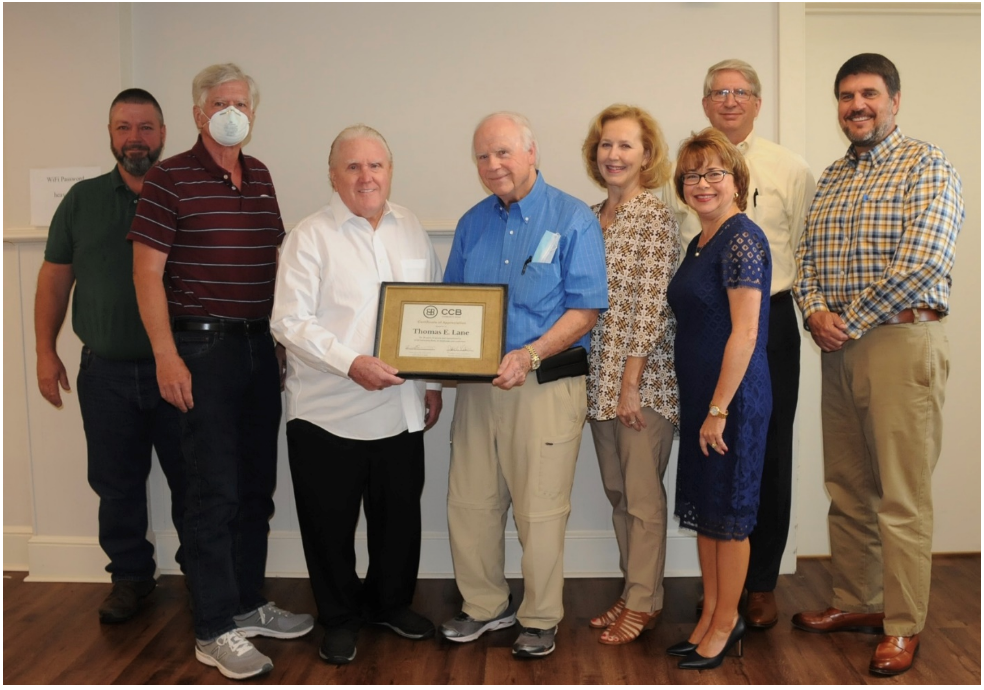 Lane said he is confident in the future of the bank and looks back fondly on his journey.

Lane first became interested in banking when he graduated from college. He originally planned to join the military until his allergies caused him to be disqualified from serving. Lane then began searching for an alternative career.

Lane’s neighbor worked for the Comptroller of the Currency, which sparked interest in Lane. He then gathered the information he needed and took the necessary tests to become a banker. This led to Lane’s first banking jobs at Suntrust and Southeast Banking.

Although he spent many years in Andalusia, he was born and raised in Miami, Fla..

Lane was living in Miami when he heard about a job opening at a bank in Andalusia.

“I was banking in Miami when a friend referred me to Andalusia and I replaced the existing president of the bank,” Lane said. “I liked it and decided to move my family here.”

When prompted of what his best memories were at CCB, Lane expressed his pride in how far the bank has come.

“The success and growth of the company is the most important to me,” Lane said.

Lane explained that he watched the company evolve since December of 1982, when he first started working at CCB.

Andalusia was the first of four branches of CCB.

“If you are ever in Florida, you can stop by Niceville or Crestview to bank with us. We also have a bank in Opp,” Lane said.

As Lane’s time as chairman comes to a close, he is left with confidence in the future of CCB.

“We have a great customer base and terrific bankers who like what they do,” Lane said. “I’m not sad about leaving because I know I’m leaving it in good hands.”