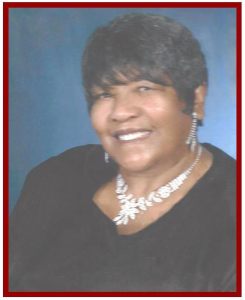 Betty J. Williams was born to the late C. B. Fendley and Bernice Gibbs on May 19, 1943 in Andalusia, Alabama.  She was raised by her grandmother, the late Q. V. Jones-Gibbs.  She departed this life Saturday, June 20, 2020 at 10:10 a.m. at Providence Hospital. She is also preceded in death by her husband, Clarence Williams and her son, Kenneth J. Fendley;

She was a 1961 graduate of Ralph Bunche School. She was employed with Alatex and Con-Agra for years. She was a resident of Andalusia until she relocated to Evergreen, Alabama to be near her children and grandchildren. She was also a caretaker for her cousin, the late Agnes Spears.

She gave her life to Christ at an early age and was a member of St. Peter Missionary Baptist Church in Andalusia, Alabama. Once she moved to Evergreen, she joined First Baptist Church under the pastorage of Rev. Kenneth W.  Kidd.

The family would like to thank each and every one of you with deep appreciation for the many acts of kindness and love shown during this difficult time. May God continue to bless and keep you. Also, a special thank you to Dr. Mark Roberts and Evergreen Medical Center. 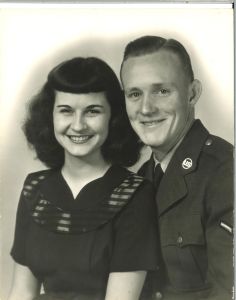 John Claiborne Purnell, aged 90, passed from this life on Saturday, June 27, 2020, with Hospice care, at his home in Chipley, Florida.

He was born in Red Level, Alabama on July 6, 1929 to Vernon and Stella Purnell.

John served his country in the United States Air Force for 22 years retiring at the rank of Master Sergeant.  His overseas tours of duty included Greenland, Vietnam, and Aviano, Italy.

He was an avid fisherman and gardener, and train enthusiast, and enjoyed sharing the hobbies he loved with all.

John is preceded by his beloved wife of 69 years, Mary Louise, and their oldest daughter Cynthia.

A grave-site burial service was held at Barrancas National Cemetery at the Naval Air Station, Pensacola, Florida on Thursday, July 2, 2020 at 1 p.m.

The family is grateful for the faithful and loving care provided by Covenant Care Hospice, and request donations in honor of John’s life, or instead of flowers.

Mrs. Naomi Burgans Watson, 78, of Andalusia, passed away Saturday July 4, 2020 at her residence.

Funeral services were at 1 p.m., Tuesday from the First Pentacostal Church on Snowden Drive with Brother Chester Watson officiating and Foreman Funeral Home directing.  Visitation was at the church beginning at 11:30 a.m., Tuesday.  The interment will follow at Bethel Cemetry in Babbie.

She is preceded in death by her husband Jack Watson; one son, Bobby Watson; grandson, Donald Bemis; her brothers Hillary, Daniel and Joe Burgans; and sister, Lois Impson, Virginia Walker; and Sally Tillery.

Those wishing to sign the online registry may do so at www.foremanfuneralhome.com