REMEMBER WHEN: 75th anniversary of the end of WWII 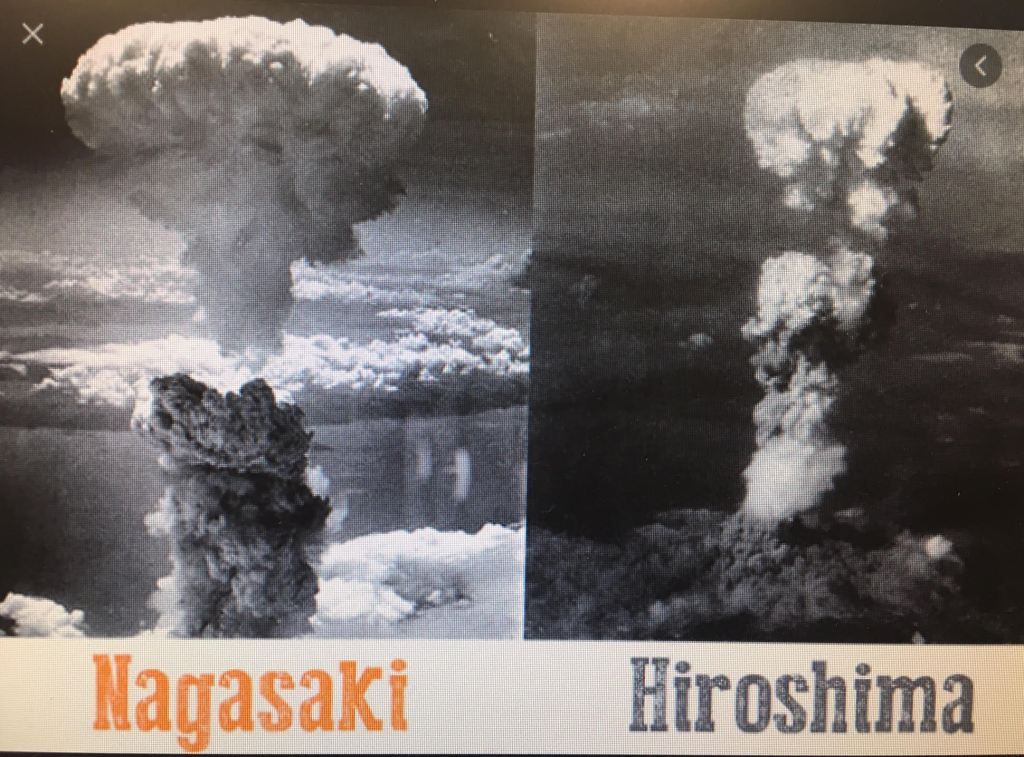 Let those of us who enjoy the study of history learn more about this event in hopes that countries will Remember When and human beings will never have to experience such a catastrophe again. Also, let us teach this part of American History to the young people.

In the final year of World War II, the war in Europe had concluded when Germany signed its instrument of surrender on May 6, 1945 at which time, the Allies turned their full attention to the Pacific Theatre.

The Allies called for the unconditional surrender of the Imperial Japanese armed forces in the Potsdam Declaration on July 26, 1945, the alternative being “prompt and utter destruction.” Japan ignored the ultimatum and the war continued.

On August 6 and August 9, 1945, the United States detonated two nuclear weapons over the Japanese cities of Hiroshima and Nagasaki. An American B-29 bomber, the Enola Gay, dropped a uranium bomb, “Little Boy,” on Hiroshima. Another B-29 bomber, Bockscar, dropped a plutonium bomb, “Fat Man,” on Nagasaki. These bombs devastated their targets.

This attack was with the consent of the United Kingdom as required by the Quebec Agreement. The civilian death toll was 140,000 people in Hiroshima and 70,000 in Nagasaki. Tens of thousands more would later die of radiation exposure. The Japanese government has recognized about 650,000 people as survivors of the bombings. As of March 31, 2019, 145,844 were still alive mostly in Japan. Survivors are known as hibakusha. Their average age today is 80 years.

Japan surrendered six days after the bombing of Nagasaki. The Japanese government representatives signed the instrument of surrender with General Douglas McArthur aboard the U. S. Navy battleship Missouri anchored in Tokyo Bay on September 2, 1945.

It should be noted that in the days leading up to the bombings, the U. S. Air Force dropped millions of leaflets warning Japanese citizens that they should evacuate the cities listed if they wanted to save their lives.

WWII, the bloodiest conflict in all human history, was at an end except for the formality of signing surrender documents. V-J Day was not proclaimed until after the instruments of surrender were signed. The three U. S. allies in the Pacific war – Great Britain, Russia, and China – were represented at the signing by high ranking officers.

The local weekly newspaper column “News of Our Boys in the Armed Forces” included such posts as “Aboard the USS Salt Lake City in the East China Sea, A. Marion Briggs, boatswain’s mate, 2nd Class USNR, son of Mr. and Mrs. George Briggs, 409 Church Street, veteran of major invasions from Guadalcanal to Okinawa, the Salt Lake City’s guns pounded the island by day and remained on the alert to repel Jap suicide attacks by night.”

Schedules of rationing sugar, gasoline, and shoes appeared in the weekly newspapers across the country.

Andalusia Star Editor Oscar M. Duggar wrote, “When the news finally broke here in Andalusia, all the pent up feelings of our people which had been for days in a state of expectancy hoping for the announcement of Japanese surrender to come through turned loose with a bang.”

“Mayor Scherf ordered the fire siren to go on at full blast as a notice to the people that peace had come. Then the people packed into cars and with horns blowing, cow bells, and any other noise contraption that could be found was used by the young to give expression to their joy. Older people wept for joy and uttered a devout “Thank God” for the peace that has come.”

(It is remembered by teenagers of the day that the procession of automobiles droves round and round the Court Square backwards! Thanks to the late Harmon Proctor for that information.)

“The celebration continued until the wee small hours of the morning before the joy makers decided to go home and catch forty winks of sleep. Most places of business remained closed Wednesday so that all employees could have a day of celebration.”

“On Wednesday evening, the pastors of the local churches called a union meeting for prayers of thanksgiving at the First Methodist Church, and this was indeed a thanksgiving service as the great auditorium was filled to capacity.”

“This is as it should be. For surely God has given us the victory and put an end to the shedding of the blood of our gallant young men who have so bravely borne the brunt of battle against a strong and treacherous foe. For this we all devoutly thank God.”

“So much credit is due some who did not live to see the final triumph. Chief among them was the gallant war president, Franklin D. Roosevelt. And on his death the gallant little giant President Harry Truman took over the task carrying out the program so ably outlined by his predecessor. Truman has proven himself the man of the hour.”

There is still much debate today concerning the ethical and legal justification for the bombings. Many V-J Day celebrations fell out of favor over the years due to concerns about such events being offensive to Japan, now considered by the U. S. as one of America’s closest allies and partners with firm political, economic, and military relationships.

To commemorate the upcoming 75th anniversary of the bombing of Hiroshima and Nagasaki, the Japanese American National Museum in Los Angeles, California has been presenting “Under a Mushroom Cloud,” an exhibition to include a special display of artifacts belonging to atomic bomb victims. The displays shed light on this painful history in the hope that such an event never occurs to any person or country again. So, for the average American citizen, we should Remember When these dreadful events of the dropping of the “A-bombs” happened, and yearn for peace where we live and peace in the world.

The Flame of Peace in Hiroshima, Japan has burned since 1964 in honor of the victims and will be extinguished only when all nuclear weapons are removed from the world and the Earth is free from nuclear threat. 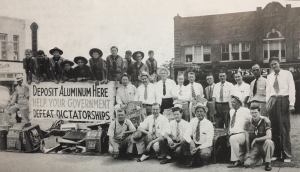