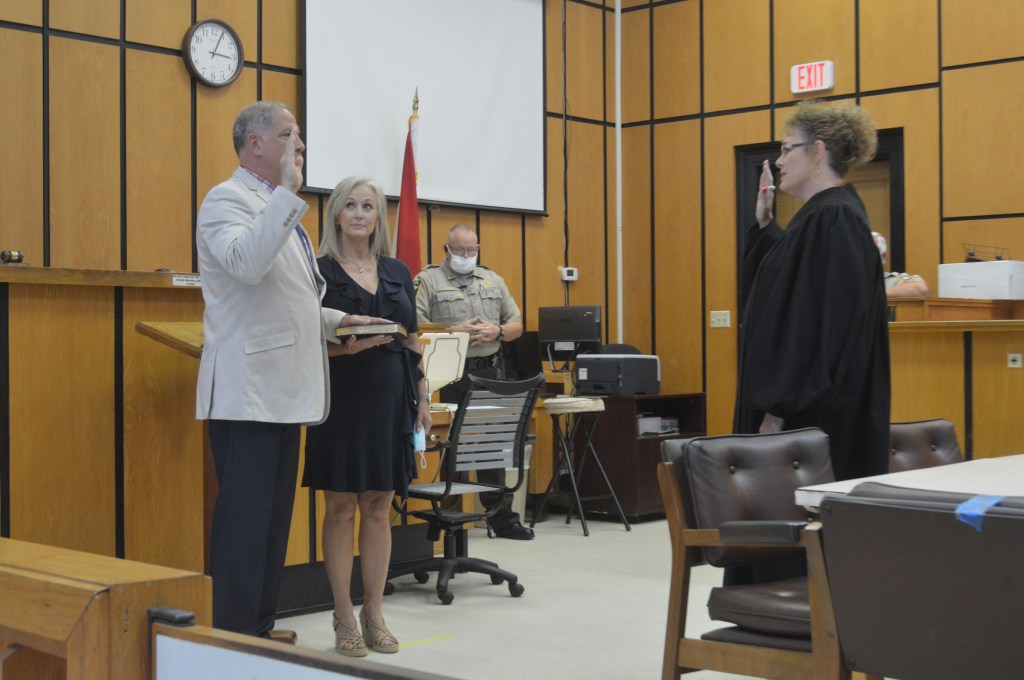 On Thursday, Tommy McGaha was sworn in as Covington County’s District 4 Commissioner.

McGaha said he is looking forward to connecting with the other commissioners and serving the people of Covington County.

“I’m really looking forward to building a relationship with the other commissioners to just get the job done,” McGaha said. “I am going to really stress that we work together, make a difference and progress Covington County.”

Being sworn in and taking his place as commissioner is a feeling McGaha said he couldn’t explain.

“I never imagined what it could be like and I couldn’t no matter how hard I tried,” McGaha said. “But it is a great honor for the citizens of Covington County to place their trust in me to lead the county in the right direction.”

Chairman Greg White said it is always a surprise when a commissioner is able to step straight into their position but looks forward to McGaha serving in his position.

“It’s always a surprise when you get that opportunity,” White said. “I had the privileged of being appointed, his predecessor, Kyle Adams, had the privilege of being appointed ahead of his term and now as he is being appointed ahead of his term. I think the citizens have shown that they appreciate him as an individual and they look forward to him serving. I have no doubt that he will do a great job in the role and I think he is very excited about it. I know the commission is looking forward to working with Tommy.”

The District 4 seat was open early because former commissioner Kyle Adams was appointed River Falls Police Chief and stepped down.