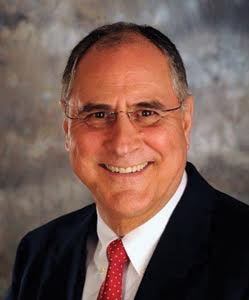 John E. Bartholomew announced that he is seeking election as mayor of Opp in the 2020 elections. Bartholomew said he believes much was accomplished when he was previously in office, and moving the city forward must be continued.

“I was so proud to leave the city $1,800,000.00 to complete the roof on the library, the awning replacement that was planned for the stadium, the Depot project and other road projects,” said Bartholomew. “We are proud to say we did not have to borrow money to do our infrastructure.”

Bartholomew said, “I also worked with the Alabama Department of Transportation to construct the access road, encouraging economic growth on the bypass.”

In addition, he cited the following as accomplishments during his first term: Completed paving projects such as Old Perry Store road, Hwy 84 through town to Bypass and approximately 50 streets throughout all districts of the city; sewer projects and extensions, including at north end of city where residents had no sewer for 20 years; built new infrastructure on the bypass; and paved and replaced sewer and waterlines on Douglas Ave and Barnes St. using 100 percent grant money; completed a storm drainage project, utilizing city employees to complete the work saving money.

In addition, Bartholomew had new amenities built at the Opp Sportplex, concession with bathrooms.

“A new swimming pool was built at Veterans Memorial Park while I was in office, and was funded through donations, grants from foundations and partners,” said Bartholomew. “It was constructed with a new pool house for just under $450,000.  I was excited to be able to provide a place for swim meets and enable our children to apply for scholarships for swimming competitions.”

Using funds already earmarked for a new Opp Utility Office, a new office and “green space” was built during his time in office.

“In addition, I updated vehicles and equipment for the Opp Police Department and Fire Department, including new digital technology for communications.”

Bartholomew also bought new equipment for the city so that city employees would have quality equipment to work with and sold the old rescue squad building to PrideMark EMS, which led to the improvement of emergency response services and also brought in more jobs.

Also, the Opp Emergency Operations Center and Police and Fire Training Center building was obtained at no cost to the Opp citizens.

Bartholomew said, “The city’s revenue had increased 4.9 percent. I managed to keep city taxes down so that Opp businesses could compete with neighboring cities.”

Bartholomew also gave $15,000 to purchase new equipment at American Apparel to reopen the company, employing approximately 200 people. He also helped Family Dollar find a new location for a new building, when others lost their stores.

“I led negotiations to refinance the bonds at the South Alabama Regional Airport that reduced the city’s debt from $12 million to $2.6 million,” said Bartholomew.

“Additionally, I fought along side Frank Jackson Trail Masters and Opp residents to save Frank Jackson State Park when the lake was tagged for closure.”

Bartholomew is a business owner who served his country in the U.S. Air Force.

As a missile technician, he was hand-selected by his chain-of-command for an opportunity to receive advanced training.

After recovering from serious injuries suffered in a job-related fall that prematurely ended his Air Force career, Bartholomew embarked upon an entrepreneurial journey that has spanned more than 35 years.

He said he sees the job of mayor as being the head of a company.

“As mayor, I did not have the luxury of looking at just one section or district of the city, but rather the whole picture,” he said.

He and Maggie are longtime members of Southside Baptist Church in Opp.

While the mayor’s job in Opp is considered part time, Bartholomew worked full time when he was in office before, and will do so again.

He said he worked to make city government transparent with all city books open to the public, and he will do so again. He believes in leadership and accountability.

He said he wishes to finish the job he started in 2012.

“It’s a big picture and we made strides when I was in office in 2012 and I believe we will go even farther in the near future.

“I’m asking for your help to help me as your next mayor, to bring this city forward to prosperity,” continued Bartholomew. “I cannot do it alone, I must have your vote. This is our city, let’s work together and move it forward.

“I humbly ask voters to elect me to serve again as mayor of our great city in 2020. I believe in Opp and I know we have great things coming and I ask voters to have faith and to believe.”

Bartholomew promises a working mayor. A mayor citizens can count on; a mayor with leadership and accountability. “In these troubling times, as your mayor, I will make your city safe for you and your family,” promises Bartholomew. “We will bring back prosperity and jobs to our wonderful city.”

You can visit his Facebook page, listed under John Bartholomew, and see more accomplishments and activities from his service as mayor from 2012 – 2016.

Woman sentenced to 10 years in prison on sodomy…