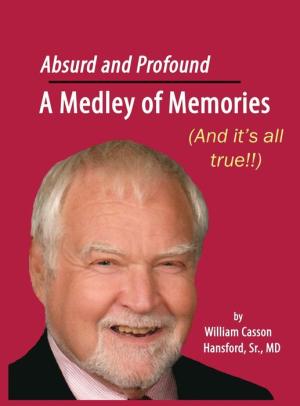 Everyone loves Dr. Bill Hansford’s stories and it was that love of his stories that drove Hansford to write his latest book.

The 1964 Andalusia High School graduate and retired physician has released a new book titled, “A Medley of Memories: Absurd and Profound.”

His latest title was published by Barnes and Noble, he said.

“The book is 75 years of my memories,” he said. “I wrote the book because it was requested by my former employees.”

Hansford said that while he worked as the medical director at Blue Cross Blue Shield, he supervised 100 registered nurses.

“Several of them asked if I could write a book with my stories,” he said. “This has been a lifetime project, and it took me well over a year to write it.”

Hansford said that the book is basically a collection of stories and memories.

“There’s a good bit about me, too,” he said. “There are stories about my parents and our children.”

Hansford said there are various other stories in the book as well.

“Some I let objects tell the story,” he said.

Specifically a story in which a little girl carried spoons during a Civil War escape and she loses one. The story tells what the spoon saw on its journey and is found by a man who later contacted the girl.

Hansford said there are a number of church stories in the book about funny things that happened in church.

He also told stories from his experience living with Navajo Indians.

“That’s my favorite part,” he said.

Hansford shared that he lived and worked with the Navajo Indians after a trip from Fort Worth, Texas to Oklahoma, where he was stopped by a parade.

Hansford said he felt the need to live and work with the Navajos.

He worked through the U.S. Public Health Service.

“It was really amazing,” he said. “We fell in love with the Indians in the Southwest.”

There are also stories about his time working with drug addicts and when he was doing a medical residency in Birmingham and they lived in a risque apartment complex known for prostitution.

Hansford said so far he has sold a “good many” of the looks.

“I do plan to give one to the library in Andalusia,” he said.

The book is 237 pages with hundreds of photos, he said.

“I let the pictures tell the stories,” he said.

Those who are interested in purchasing the book, may visit barnesandnoble.com and search Bill Hansford.