Mr. Robert Doyle Kinsaul, age 87 of the Straughn community died Thursday, July 30, 2020, in a Dothan hospital. Graveside services for Mr. Kinsaul will be held Saturday, August 1, 2020, at 10 a.m., from the Mt. Zion Methodist Church Cemetery. Reverend Diane Everette will officiate. The family will visit with friends at the cemetery.

Mr. Kinsaul was born in Hartford, Ala. and spent his early life there, attending and graduating from the Hartford city schools. He then attended Troy State University and was a quarterback on the football team. When the Korean Conflict broke out he left Troy and enlisted in the Army. After his service, he returned to Troy to finish his degree. It was there that he met the love of his life, Jackie Sue Staggers. They eventually married and both came to Straughn School where they taught together for 30 years. Mr. Kinsaul taught an extra 5 years so that they could retire together in 1994. During his time at Straughn, he taught classes, coached baseball and basketball and drove the school bus. Coach Kinsaul was particularly proud that in 1973 he took the men’s basketball team to state. Because of Mr. and Mrs. Kinsaul’s dedication to their years at Straughn, a photo of the both of them hangs in the gym today. After his retirement, he enjoyed watching all sports on TV and at Straughn. He particularly loved watching his grandchildren play sports and seldom missed any of their games. In 2007, he was inducted into the Wiregrass Sports Hall of Fame. Mr. Kinsaul was a longtime member of Mt. Zion Methodist Church.

Pallbearers will be grandsons. 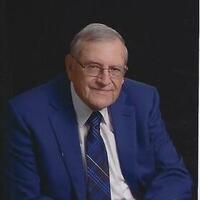 She is preceded in death by her husband, John Pollard Daniel Sr., her parents, Ellis Hallford and Ocie Hallford Bell, her sons, Jeffery Tolliver Daniel and Jerry Lloyd Daniel.