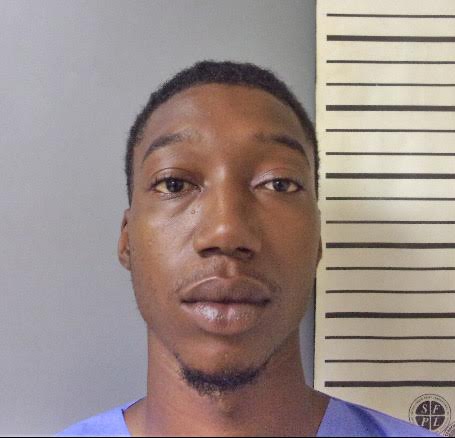 A 22-year-old Andalusia man is being held in the Covington County Jail on a $215,000 bond for a domestic stabbing and for eluding police.

Jamerick Rashad Taylor, 22, is charged with domestic violence 2nd degree, felony attempting to elude, assault 2nd , and unauthorized use of a motor vehicle. He remains in the Covington County Jail.

Chief Paul Hudson said the Andalusia Police Department received a report of a stabbing from Andalusia Health at 12:24 a.m. Monday. The stabbing victim had been transported to the emergency room by a private vehicle, and said she was stabbed in a domestic altercation.

Officers responded and were working with her when an APD officer leaving the hospital encountered a vehicle matching the description of one believed to be being driven by the suspect on South Three Notch.

The officer turned around and attempted to stop the vehicle, but the driver sped up to elude officers, driving at speeds reaching 87 miles per hour on South Three Notch, around the Court Square, and out 8th Avenue to the bypass, where the suspect turned left and continued to Hwy. 29 South. The driver continued on Hwy. 29 to Our Country Store, formerly known as Carolina Grocery, where he went into the parking lot.

By this time, a county deputy who was assisting the APD was right behind the suspect. The suspect took a hard right and accelerated, striking an APD patrol vehicle with enough impact to flatten the tires and deploy airbags.

The suspect then fled on foot, but was apprehended and taken into custody within a minute.

Both the officer and the suspect were evaluated at Andalusia Health and released.

Taylor’s female victim was released and referred to YAP program for domestic violence victims. She is expected to make a complete recovery.