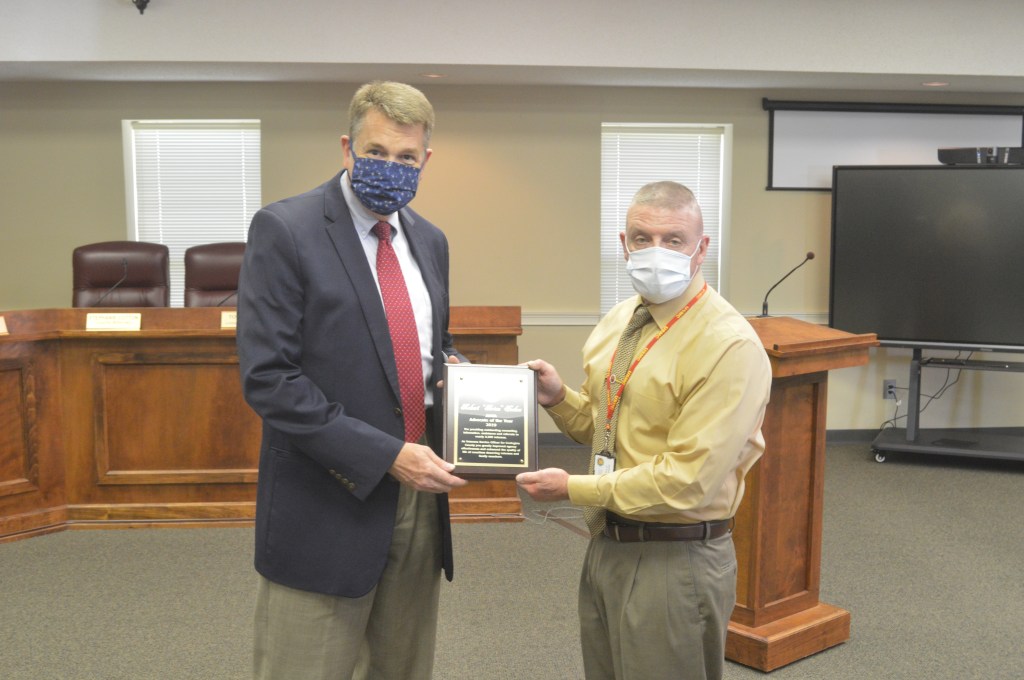 “Every year we give out this award,” ADVA Commissioner Kent Davis said. “We have 55 Veterans Service Offices all over the state of Alabama. We honor someone every year with an advocate of the year award who best represents this quality of taking care of local veterans.”

Davis said Foshee represents the tip of the spear of what a VSO should be.

“These VSO’s are out in the communities mingled with these veterans and taking care of their needs,” Davis said. “They are often the first people that these veterans come into contact with when leaving the military. What’s even better is that Brian’s roots are in this area. He came back to his home area after many years of service in the U.S. Marine Corp., and that is admirable. We have several people that do that, but Brian represents the epitome of people that do that. Brian, more than anybody I know, has that local rapport with all of the local veterans.”

Advocate of the Year was awarded to Foshee because he provided outstanding counseling, information, assistance and referrals to nearly 3,200 veterans.

“As VSO for Covington County, you greatly improved agency effectiveness and enhanced the lives of countless veterans and family members,” Davis said. “On behalf of the department, it is an honor to present this award to Brian.”

The words that Davis got back from several members of the military that served with Brian were words like “Super Star.”

“Nicest, most cooperative, most dedicated guy,” Davis said. “He represents customer service at its finest. The government doesn’t always get the best name when it comes to customer service, but Brian really takes it to heart. Covington County is lucky to have him here in this community.”

Foshee said the best part of his job is being able to help somebody who drastically needs it.

“Getting this award is almost as deserving as serving as an active duty marine,” Foshee said. “But nothing could ever beat that.”

Foshee became the Covington County VSO in 2015 after serving in the Marine Corps for 30 years.