Fentanyl discovered as cause of death of two Opp residents 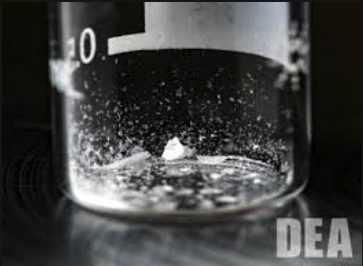 In a recent joint investigation by the Opp Police Department and the 22nd Judicial Circuit Drug Task Force, with assistance from the State Bureau of Investigations and the Covington County District Attorney’s Office, law enforcement successfully recovered a large quantity of suspected fentanyl in Opp, Alabama.
The substance was tested using state-of-the-art equipment flown in by the SBI from Birmingham, and gave officers a preliminary fentanyl result. Further lab testing to confirm the substance is fentanyl will be performed by the Department of Forensic Sciences.
“This is an ongoing investigation, and further details will not be released at this time. The citizens of Opp and our surrounding communities deserve to know things like this are happening locally, so we are trying to be as transparent as possible,” said Opp Police Chief Kevin Chance. He added, “As we gather information in the days and weeks to come, we will continue to share with the public what we can. For now, it is imperative that people understand that fentanyl presents a very real threat to drug users and to innocent persons that may come into contact with it. Our first priority is always to keep everyone safe, so we are pleading with everyone to please be aware.”

On the evening of Thursday, July 30 the Opp Police Department received a call from Opp resident Amanda Hines, after she found her brother deceased at a residence of the 700 Block of Hardin Street.  Officers arrived on scene and located Keith Hines, 48, deceased inside a bedroom of the residence.

While officers were looking around outside the residence, investigators located Marquez Henderson, 34, deceased in the back yard. Henderson is the son of Amanda Hines.

This is one day after Hines’ older brother, Bernard Hines, passed away at Mizell Hospital.

Preliminary investigation did not reveal any obvious signs of violence at this time.  Investigators executed a search warrant of the residence and the individuals were transported to Alabama Department of Forensic Science for an autopsy in an effort to determine the cause of death.

Fentanyl is a man-made opioid drug, most often used in pain management. However, fentanyl is becoming more and more prevalent in the drug trade, and is often “cut” or mixed with other substances to increase a drug user’s high. Fentanyl can be lethal even in very small doses. Additionally, fentanyl may cause overdose through simple, even unintentional, transdermal (touch) contact, or by being inhaled or ingested if it becomes airborne. It is a dangerous substance and often drug users are unaware it has been cut into the product they purchased. Because it takes so little fentanyl to produce an intense high, it is economical for the drug dealer to add fentanyl to other drugs to make a drug user believe his product is superior. Oftentimes, the unsuspecting drug user overdoses and dies from fentanyl, believing he was using a less powerful drug.
Drug Task Force Commander Mark Odom stated, “We are aware that fentanyl has been slowly making its way to Covington County. This drug will ravage our communities like nothing we have ever seen before. While we cannot condone any illicit drug use, fentanyl, in particular, is incredibly dangerous to the drug user and to anyone else who might come into contact with it. There is no telling how many lives were saved by law enforcement’s recovery of this fentanyl.”
Because of the amount of fentanyl recovered through this investigation, out of an abundance of caution, law enforcement wishes to notify the public that this substance is present in our community. Symptoms of fentanyl overdose may include dizziness, confusion, loss of muscle control, low blood pressure, slowed heart rate, or unconsciousness. If anyone suspects a fentanyl overdose, please call 911 immediately.