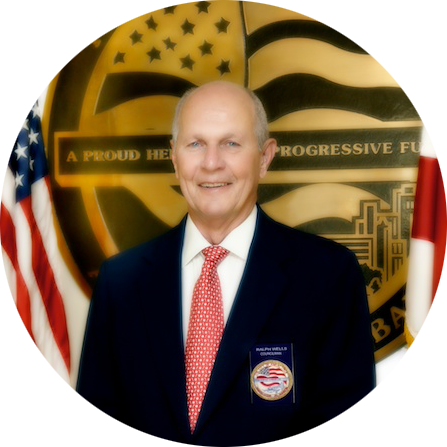 Ralph Wells, who was unopposed in his bid for a third term on the Andalusia City Council, expressed his appreciation for the confidence shown in him.

On Tuesday, the current council approved a resolution declaring him duly elected as the representative for District 4, as is required by state law when a candidate does not have opposition for office.

“I am humbled to be returned to the council for four more years,” Wells said. “I am proud of the work we have done and look forward to more success in the next administration.”

Wells has been particularly active in the management of the city’s finances, serving on the finance committee with fellow council members Terry Powell and Kennith Mount.

The City’s most recent audit, completed by Rabren, Odom, Pierce and Hayes, P.C., showed the city increased its net position by $1.6 million in fiscal year 2019. It was the fifth consecutive year that the net position had increased.

While improving its cash position, the city also made payments of $1.9 million on its long-term debt in fiscal year 2019, bringing the total debt reduction for the current quadrennium to $5,674,319.

“I’m very proud of the success we’ve achieved with a conservative approach to finances,” Wells said, adding that the city has earned an A+ bond rating from Standard and Poor’s. “Being involved in government as an elected official has been a learning experience.”

Wells is an Andalusia native who said when he first sought office that he wanted to give back to his community.

“I was born, raised and educated in this city,” he said. “I have been given a lot of opportunities in life because a lot of people in this city took the time to watch me, listen to me, teach me and then lead me in the right direction. It’s time I gave a little back.”

Wells and his wife, Sue, have two daughters, Kristen Wiggins of the Carolina community and Kim Diestl of Alaska, and seven grandchildren.