Jackson coming back to her roots to teach at AJHS 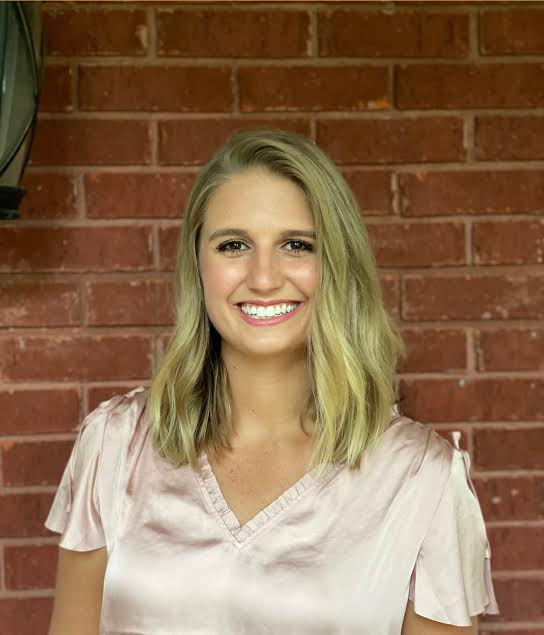 Andalusia High School alumna Ali Jackson is returning to her roots as she joins the faculty as a seventh grade English teacher.

Jackson graduated from AHS in 2014. She then attended the University of Alabama where she graduated in 2018 with a double major in history and political science and she is currently taking courses for her master’s of education in English language arts.

Jackson said her career choice was influenced heavily by the educators in her life.

“My teachers in college were so passionate in the way they would teach, so it made me want to inspire people the way they did for me. They made me excited to learn,” Jackson said. “My college professors and my teachers at AHS played a big part in my decision to become an educator, and all of my past teachers and administrators have been so honest and supportive of me and I cannot thank them enough for that.”

Jackson decided to change her career path during her junior year of college.

“I originally majored in history and political science because I thought I was going to do law school,” Jackson said. “I thought that maybe I want to do this, teach, instead and I talked to one of my professors about it. He asked me my junior year of college if I wanted to think about it.”

Although she originally studied history, Jackson found a passion for literature as well.

“I would be happy teaching history or English, but I love reading and literature. A lot of teaching aspects from English and history can be tied together because English has historical context and you need literature to tell the times that people go through,” Jackson said. “So, I decided I would get my masters in English language arts and education and I’ve been doing that for a year now at the University of West Alabama.”

Jackson experienced what it was like to be on the other side of the classroom over the last year, further preparing her for her new role.

“I was a substitute teacher all of last year so I had a feel for classroom management,” Jackson said. “This year will be a bit different of course because of COVID, but we are diligently preparing for a new classroom environment and I’m being guided by some of the best. All of the teachers at Andalusia are amazing and I’m excited to work with them. With the right attitude students are going to be comfortable and it’s just another challenge in the classroom. There are challenges but I don’t think it will hold us back in any way and I’m really excited to teach.”

While she faces uncertainty for her first year as an instructor, Jackson is confident that she can overcome the obstacles to have a great year.

“There are always challenges in the classroom that you have to navigate, and like any other challenge, we’ll get through it together,” Jacksons said. “The school system has been a big help in making sure that we know the difficulties we’ll have to overcome and preparing us accordingly. I’m confident that with our current administrators we will have a safe and successful school year.”

While a student at AHS, Jackson was class president, majorette, honor graduate and a member of the SGA, Usher Club, Key Club, and Focus Club.

At the University of Alabama, she was a Saban Scholar and member of the Phi Sigma Theta Honor Society, National Collegiate Honors Society, and Alpha Gamma Delta sorority. Through Alpha Gam she received the Marguerite Shepherd Initiative Award. She was also a volunteer for Fifth Quarter, Kidz Club, and A21 Campaign. She was graduated in 2018 with a B.A., and she is currently taking courses for her Master’s of Education in English Language Arts.