Lee heading back to coach at alma mater 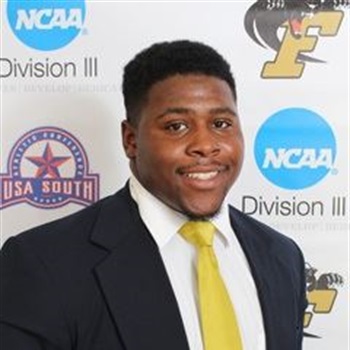 Lee is a physical education teacher and a football coach at AHS.

After graduation, Lee had a successful run as a college athlete.

“After I graduated in 2014, I went to Ferrum College in Virginia. I played football for 4 years and was team captain for 3 years,” Lee said. “I became an all-American there and I got a degree in parks and recreation.”

Shortly after graduating from college, Lee began working as a defensive coordinator in Monroe County.

“In 2018 and 2019 I worked with coach Marshall Locke. Now I have accepted a job with coach Trent Taylor as an outside linebacker coach.”

Lee plans to help the football team tackle any problems that may arise in the upcoming season.

“I think we have a good team and we have some new faces this year. Just like every year, you have new challenges,” Lee said. “With coaching football, you can tackle those things together and it will turn out really good toward the end of the season.”

Coming back to his alma mater is a journey that Lee is excited to experience.

“It feels wonderful to be back,” Lee said. “It’s a dream job for me and I can’t wait to get started here. Since I left I knew I wanted to come back and I’m blessed that they gave me an opportunity to coach here.”

Even with schools operating under a new normal, Lee is hopeful for his first school year at AHS.

“It’s going to be tough, no doubt about it,” Lee said. “I just have to be more aware and watch who I’m around outside of the school. It won’t be a normal year for me like it was last year, but whatever happens, we will take it on.”