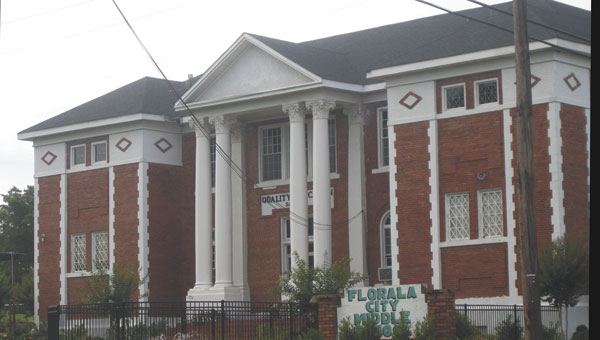 The City of Florala is in talks with Cancer Freeze to inhabit the old Florala Middle School building.

“I have had a vision for Florala for many years,” Florala Mayor Terry Holley said. “That vision is that I would love to have a home for Cancer Freeze in Florala. By a ‘home’ I mean that they would have a public area where they would meet every day and help cancer patients every single day of the week. That is a wonderful thing in my opinion for them to do that. This could be an office for them and they could come.”

Holley said this would be a great opportunity for the citizens of Florala and surrounding locations.

“This will be a great opportunity to bring people into the City of Florala,” Holley said. “Some of the things that we talked about doing in the auditorium of the old building are activities in the auditorium, such as family movie nights, Headstart performances and graduation, Florala Public Library’s summer reading program, Open Mic Nights, where local musicians can come and perform, civic groups, senior groups and different clubs could meet there. We also talked about having the lobby decorated with local artwork. It is really unlimited for the things that we could have.”

There are some things that the city would provide in return for Cancer Freeze occupying the building including, providing a handicap entrance to the building, upgrading the bathrooms, upgrading the heating and cooling system, replace the auditorium curtain, and preserve the columns in front of the building.

“These upgrades are needed to provide art and cultural activities for the community while preserving the rich history and natural beauty of the building,” Holley said. “Florala is dedicated to meeting the everlasting needs of the community by providing continuous improvements. Upgrades to this historical building will create a facility to connect to the community. What I’m saying is that we have somebody here that has helped thousands of people in Florala and around so why not have their home be in Florala.”

Founder of Cancer Freeze Caleb Davidson said it was all excitement after talking about the possible partnership in an extended Cancer Freeze board meeting.

“Brains were spinning about the possibilities and things that we could do,” Davidson said. “We are trying to expand and get a little bit further out than 60 miles. What we see this opportunity as is moving our operations out of our spare bedroom into a brick and mortar building, but more than that, we would be able to present Cancer Freeze as more of a community organization. What I want people to think about when they hear Cancer Freeze is ‘Oh, that’s where I went to a movie night,’ or ‘That’s where I went to a class reunion, because our class actually went to Florala Middle School.’ Most importantly, we see this as a place where we can grow from an organization who helps cancer survivors to an organization that does more than that. I really don’t see a negative for us. It is all positive.”

Though Cancer Freeze is a popular event on one weekend, Davidson said it is all of the things behind the scenes that nobody knows about that take up two to three thirds of all of the work they do.

“We don’t do what we do for Facebook shout outs or things like that, we do what we do because that’s what God called us to do,” Davidson said. “This opportunity could show that we are not just about paying the light bill for six months or putting a set of tires on your car, we are about community.”

There was no action taken, but Holley said it was more of an opportunity to let the citizens of Florala know that this is an option for the Florala Middle School building.