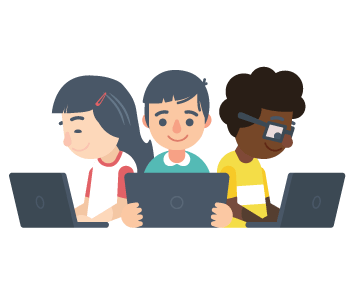 Local parents are adjusting to blended school schedules, virtual learning, and the uncertainty that follows traditional learning this school year.

Opp City Schools has set up a schedule for students to attend school traditionally part-time and virtually part-time to avoid the spread of COVID-19.

Parent, Lisa Williams, is concerned about how the upcoming school year will affect her kindergartner.

Williams explained that she is having a difficult time adjusting to the new schedule due to being new to the area.

“I understand that the guidelines have changed and they are at the state’s mercy about what they can or cannot do, but there is still confusion,” Williams said. “We just moved here two years ago, so we are not from the area at all. We are trying to figure out how you do everything. We had to ask teachers that we go to church with about certain things and, being somebody that is new here, we need more guidance.”

As a parent with a kindergartner, Williams hopes the transition will not cause her daughter to miss out on important learning stages.

“I want to do physical teaching because my daughter is going to kindergarten and this is the crucial stage of learning for her,” Williams said. “We are forming them for the later years and I really feel for the kindergarten and pre-k students because they are so vulnerable now and it can be confusing for them with them wondering which days they will or will not be in school.”

Williams is preparing a schedule to keep her daughter motivated amid the uncertainty.

“We are going to get up and have breakfast how we normally do, put actual clothes on instead of nightgowns, and we are going to have a system about it. We aren’t going to just be like, ‘oh crap it’s 11, let’s do something,’” Williams said. “We are going to sit down and set time aside for school and ease into a little extra to do what is required, and maybe do some arts and crafts until naptime. I want to keep it normal and keep her on a schedule as much as possible.”

For returning students, Opp High School and Middle School parent Carly Mixon is hopeful for an easy transition to the blended schedule.

Mixon feels that the school system is preparing the students and parents as much as possible at this time.

“They divided up the alphabet and they’re splitting them up. According to the email I received, every kid is getting a Chromebook as well,” Mixon said. “I did see where the mayor made an announcement where we’re one of the first towns in the county that will offer hotspots. We have Wi-Fi so that was not an issue for us, but you know there will be plenty of kids that I would think that would be an issue for.”

The transition to remote learning last semester was not as difficult as Mixon expected it to be.

“It was fine for my bunch. It went smooth and my kids were happy because they’d rather be at home anyway,” Mixon said. “The year was almost over, so by the spring break rolled around they were over it and ready for their year to be over with.”

Mixon’s main concern for the upcoming school year is being able to help her children with certain subjects.

“The only thing that worries me, and it worried me last year, is that math is not my strong suit at all. I can help you with just about everything, but math is a concern for me, especially when you get to high school math,” Mixon said. “Opp was accommodating and sent a tutor to my house to help twice a week. My son has an IEP, so he has accommodations. As far as everyone else, I’m not sure how that will work out.”

Due to previous experience with temporary homeschooling, Mixon feels prepared for the new blended schedule.

“I’m really not concerned because this isn’t my first time doing something like this. My son has health issues and we did this last year some, so in my opinion, I think it’s easier, but from another standpoint, I think it’s a disadvantage. As far as learning, I don’t think there will be a problem.”