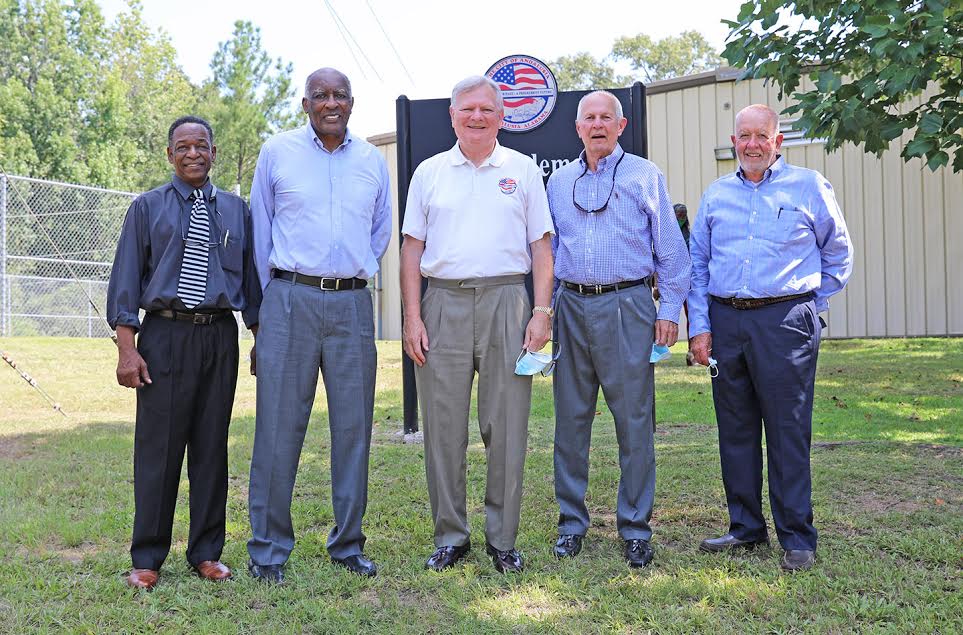 The Will Coleman Center officially got a new name Tuesday when the Andalusia City Council approved a resolution changing the name to the Will Coleman – Richard Robertson Center.

Mayor Earl Johnson announced the council’s plans to make the name change when Robertson was honored at the center earlier this month. The long-time Andalusia High School coach had run special programs for 49 years when he retired this year. He said then he was retiring not because he wanted to, but because his daughters insisted.

Council members each expressed their personal thanks to Robertson, who attended the meeting.

Councilman Will Sconiers said he remembered participating in programs as a youngster.

“It was his way or the highway,” Sconiers said of Robertson’s rules for participation. “We cannot thank you enough for your service.”

Councilman Kennith Mount served on the faculty of Andalusia High School with Robertson.

“When I went to work at Andalusia High School, Coach Robertson was already here and had already made a name for himself,” Mount recalled. “Mr. (Oscar) Zeanah advised me to get to know one teacher, and that was Coach Robertson because he was already a leader. I am even more honored to count Richard as my friend.”

The Resolution, No. 2020-30, reads in part, “Whereas, Coach Richard Robertson served as Director of Special Programs at the Will Coleman Center for many years; and

“Whereas, through this service Coach Robertson positively influenced and shaped countless young program participants; and

“Whereas, the Andalusia City Council desires to memorialize Coach Robertson’s name on the facility where he worked so many years in the education and physical development of young people and children.