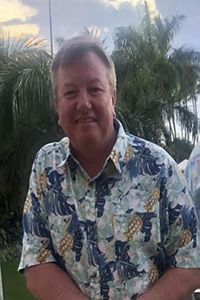 David Wilson is approaching his 40th year with Sherwin Williams.

Wilson began his journey with the company in 1980, where he was a part-time employee at the Brewton branch.

“It’s been a lifetime, and the only real job I’ve had. I started out in Brewton in 1980 and I spent six years there. I came to Andalusia after,” Wilson said.

Wilson currently serves as an outside sales representative, but he has held many titles in the company.

“I started off in Brewton at the beginning of my career as a part-time employee and then I went into working full time,” Wilson said. “Then I transferred to Andalusia as the store manager. Now I’m in my sixth year as a sales representative.”

Wilson enjoys interacting with customers and aiding them in their projects.

“I enjoy just working with people,” Wilson said. “I like helping them with new paint products, working through concerns, and with projects.”

The Sherwin Williams company has been supported greatly by the Andalusia community, according to Wilson.

“They have supported us through the years and the loyalty of the homeowners of Andalusia means a lot. We work with a lot of contractors and painters in the area,” Wilson said.

Wilson has had the opportunity to work with various customers from areas outside of Andalusia as well.

“I work with the customers in the Brewton area, Andalusia, and Enterprise,” Wilson said. “We help them with pretty much any needs they have and reach out to new customers.”

After four decades with the company, Wilson does not plan to retire from Sherwin Williams anytime soon.

“I’m definitely not in the next few years,” Wilson said.