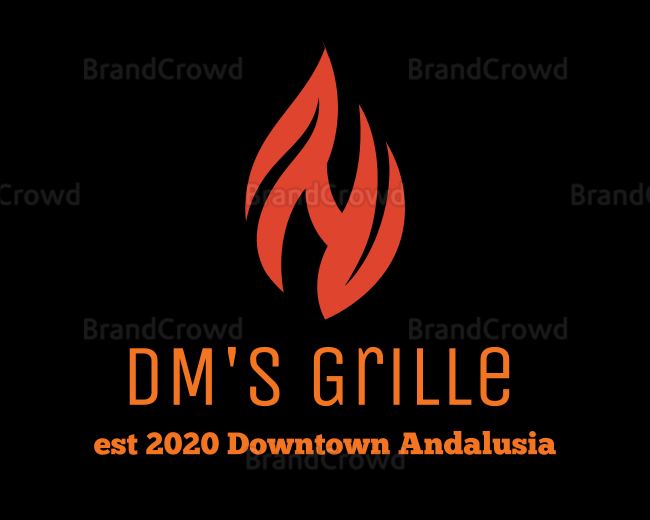 DM’s Grille, formerly known as CJ’s Grille, is getting a makeover.

Former owner Casey Jones is retiring after many years in the restaurant business, leaving the restaurant in the hands of Misty Lanier and Deven White.

Lanier explained that the restaurant will have many changes as the duo plans to expand the menu and the venue.

Lanier first became involved with the business when she was hired to run the restaurant in 2017.

“I opened CJ’s Grille with Casey around three years ago. We were opened for a couple of months when we hired Deven as a chef,” Lanier said.

White was fresh out of school when Jones hired him on, Lanier said.

“He said he had an 18-year-old kid who graduated from high school and culinary school in the same week. We all worked so well together, and he will actually be the youngest restaurant owner in the county,” Lanier said. “We all absolutely worked wonderfully together.”

Lanier and White eventually began working at a different restaurant in Florida before returning to Andalusia.

“We decided to come back and it was important for him to retire. He deserves it. He has done this for a long time and we owe Casey and CJ’s Grille so much because without him we wouldn’t have had this great dynamic together,” Lanier said. “We were a great team, all three of us, and that’s how we met and we have been talking about this step since day one.”

“We will have polls on social media to see what the customers want and we will change the chef’s special every weekend,” Lanier said. “From pork loin to seafood to anything, there will be different types. There’s no limit.”

White is excited to expand the restaurant’s menu and introduce new dishes to Andalusia.

“The type of food we will be selling is steak, seafood, wings, and burgers. We will have ribeyes, New York strips, fried oysters, coconut shrimp, fried shrimp, and grilled shrimp,” White said. “I’ll be giving Andalusia a different style burger that no one does around here, a smash burger instead of a regular burger, and of course appetizers and that’s as much as I can say right now.”

White and Lanier plan to expand the bar area as well as adding TVs for customers to enjoy game days while dining.

“We are also going to continue to do music on Thursday nights, especially after the expansion. We’re going to tap into our local talent because we have a lot of talent here,” Lanier said.

DM’s Grille is set to open its doors the first week of September.

“We are going to train our staff so that when we open everything will be running how we should be. We’re hoping the expansion of the building will be in the next couple of months. Once we expand the building we’ll have a bigger sports area to enjoy our famous wings and the games.

Lanier and White are overwhelmed by the response from the community since their announcement. “We’ve been welcomed back by the whole city and that’s so awesome and we’re so excited,” Lanier said.