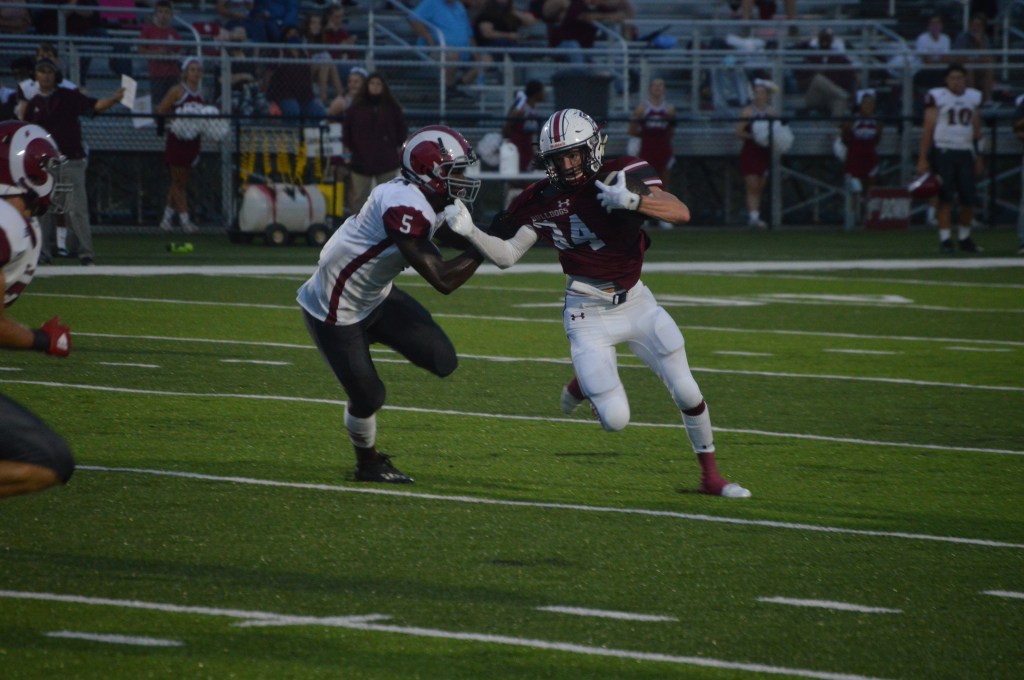 After going down in the first quarter, the Andalusia High School Bulldogs varsity football team (0-1) fought back, but were just short of beating the Faith Academy Rams on Friday night, 10-9.

With 4:51 left in the first quarter, the Rams threw a screen pass and took it to the house to go up 7-0.

The Bulldogs came back with a big run from Mike Hourel. 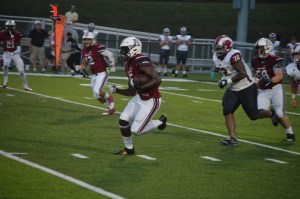 Caleb Blackston caught a first down pass to get the Bulldogs into field goal range with 3:55 left in the first quarter.

Gage Theus kicked it straight through the uprights to cut the Ram’s lead to 7-3.

In the second quarter, Chase Harper and Matthew McDonald had a big hit in the backfield to bring up fourth down, but after a roughing the passer call on the Bulldogs, the Rams marched up field. 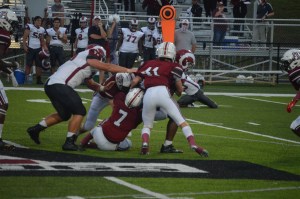 AHS started with the ball in the second half, but had to punt after making it to the 46 yard line. Jake Wilson punt pinned the Rams at their own 1-yard line with 8:31 left in the third quarter.

Chip Morgan had a huge hit in the backfield to bring up a punt for the Rams.

With 3:02 left in the third, Omare Lattimer had a huge first down rush to get the Bulldogs to the opposing 33 yard line. 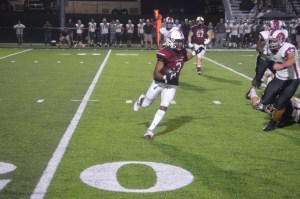 Wilson then connected with Blackston for a touchdown, but the PAT was missed. The Bulldogs were down by one to start the fourth quarter. 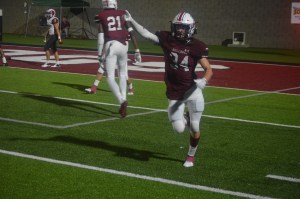 With 4:36 left in the game, the Rams were struggling to gain momentum, but then converted on 1st and 21.

After a punt, Andalusia had the ball on their own 25 yard line.

Lattimer came up strong for the Bulldogs with a first down catch to the 45 yard line.

On fourth down, Morgan had a huge first down for the Bulldogs to get in field goal range with 1:15 left. 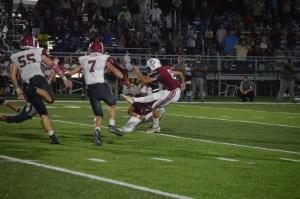 “First of all, you’ve got to give credit to Faith, I mean what a good football team,” Head coach Trent Taylor said. “I was proud of our defense. We missed one assignment there. We knew that if we could get something going offensively we would have it and I feel like in the second half we did. We have to eliminate negative plays. What a great response to get the ball back with two minutes there and drive down to give yourself an opportunity to win the game. I told the kids this past week that we would find out what kind of football team we are going to be and I think we are going to be a good football team.”

Next week the Bulldogs host Fairhope at 7 p.m.