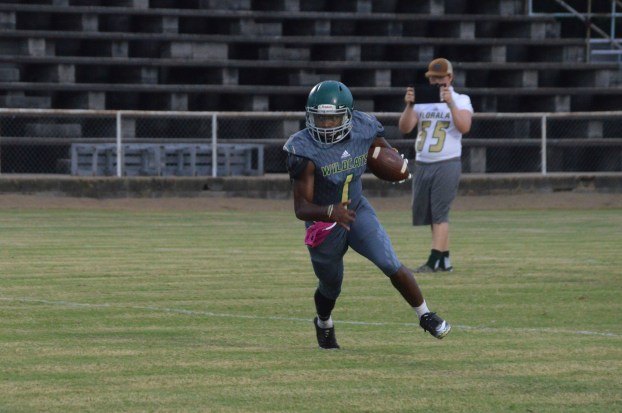 “Our varsity team was up 30-0 at halftime,” Head coach Chris Littleton said. “The two’s played pretty much the whole third quarter and then the J.V. team played the fourth quarter went up 16-0 that quarter.”

Littleton said anytime there is a shutout it is something to be proud about.

“The defense played well and was very aggressive,” Littleton said. “Offensively we ran the ball very well. Rashaad Coleman had a big night running the ball and throwing it. Zane Weeks had a big long touchdown catch. Austin Howell and Anthone Stone really stepped up tonight and played well on both sides of the ball.”

Looking towards next week, Littleton said there are a few things that they need to correct.

“We need to fix some things to be a little more consistent,” Littleton said. “We play a good football team next week. They are very coached and very athletic. It’s going to be a challenge for us but we are going to go to work and build off of tonight.”

The Wildcats take on Houston County at home next Friday night at 7 p.m.