REMEMBER WHEN: School days in 1939 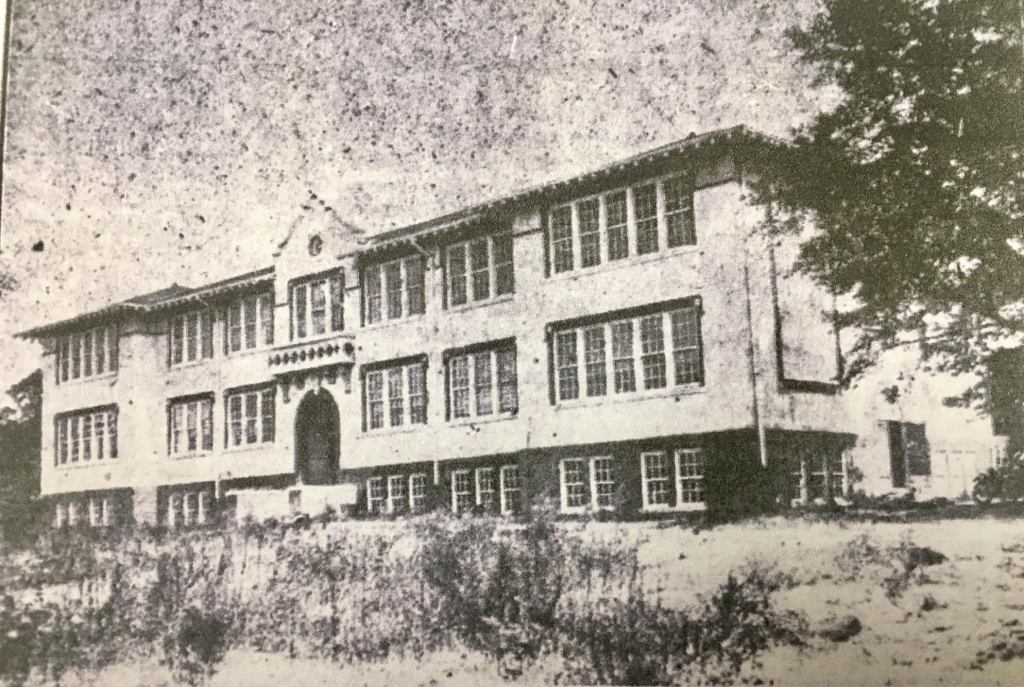 in the October 5, 1939 Andalusia Star, a special edition commemorating the completion of the new city high school. Also, in the issue are pictures of the elementary school buildings.

“These buildings stand as educational sentinels in Andalusia and represent the sacrificial efforts of our citizens to educate our children in the ‘American Way of Life.’ Every citizen is proud of these splendid buildings and should continue to take an active interest in their preservation. This includes the maintenance of buildings, landscaping the grounds as well as surrounding the school sites with other buildings in keeping with good city planning so as to make these the beauty spots of our town.”

“The new high school building at the end of Third Avenue is an imposing structure of Georgian architecture situated on a forty-acre tract of land which is accessible to all sections of town. The building is a two-story brick structure with all corridors, stairways, entrances and exits fire proof. The building consists of 23 class rooms, including science laboratories, commercial department, vocational, home economics, study hall, and library that will accommodate 125 to 150 students.”

“In addition to these rooms, there are toilets for boys and girls on each floor, a rest room for teachers, two offices, one equipped with a fire proof vault to preserve records and other valuables, and a cafeteria which has not yet been completed.”

“Joining the main building is a gymnasium-auditorium with a seating capacity of more than a thousand people. This building also includes health rooms for boys and girls, two music rooms, locker and shower rooms for both boys and girls. The dressing rooms are each equipped with sixty steel lockers and contain toilets, lavatories, and showers.”

“The entire building is heated with a central heating plant located in the basement of the main building . A large hot water tank connected with the boiler supplies hot water to every room as well as hot water for showers.”

“The building is equipped with a Public Address System, a primary clock with secondary clocks, in each room and a fire alarm system. These facilities not only make it possible to use modern methods of instruction such as radio but also add to the safety of children in the building.”

“When completed, the total cost of the site, construction and equipment of the high school building, will be approximately $131,000., forty-five percent of which is a grant by the federal government through the Public Works Administration. The forty-acre tract of land cost approximately $4,261.52 which includes lots directly in front of the building which are in addition to the forty acres.”

“There is a W. P. A. Beautification Project which has for its objective the laying out of drives, walks, growing and planting of shrubbery. The project beautifies not only the new high school but also other school grounds and public buildings in town. Under the supervision of a trained landscape gardener, 135,000 cuttings, shrubs, and trees were put out last spring.”

“The elementary school buildings located in each side of town are of different architectural designs but adequately serve the educational needs of our children at present. The East Three Notch School building constructed in 1914 is one of the most beautiful and substantial school buildings in the state. 368 children are now housed in this building. The Church Street School building constructed in 1923 now houses 407 children with additional rooms available for various types of activities. Each of these buildings contains space for cafeterias and the latter contains a small auditorium while the East Three Notch School contains an auditorium which will seat about a 750 people.”

“Although we are proud of our buildings, the most essential part of the school program is the educational opportunities offered the student. Cooperation is necessary on the part of the parents and citizens to secure a well-rounded school for our children.”

“As we enter into another school year, let us renew our allegiance to our children, our schools, and all other activities which are essential to success in the American Way of Life. In this age when civilization is reverting to war’s savagery, our education must concern itself more with human beings as individuals; particularly with their needs and possibilities as members of a society whose basic task is to preserve and strengthen the way in which men may live together and work together fruitfully.”

The 1939 these pictures of the schools were taken by the Dixie Studio, a well-known photographer of the day. Congratulatory ads were featured throughout this newspaper edition by local businesses commending the Board of Education and the City of Andalusia upon making it possible for Andalusia to construct and equip one of the most modern and elaborate school buildings in the State of Alabama, “an important milestone in the development and civic life of Andalusia and this section.”

One ad in particular stood out – “We Offer Our Congratulations – Andalusia is one of the fastest growing cities in the state, and we are a part of it and proud. We are the headquarters for school supplies, and we realize that we can grow no faster than Andalusia grows. – V. J. Elmore 5 and 10 cent & $1.00 Store, South Three Notch Street.”

The AHS Class of 1940 would be the first class to be graduated from the new high school. After that, the Class of 1941, my mother’s graduating class. There would be only a few older boys or upper classmen graduating in the Class of 1942, because of December 7, 1941 and so many boys being drafted into the armed service. Many joined as patriotic citizens and delayed their high school educations until later.

There is a plaque that hangs in the entrance of the main building, “Old Main” as some old timers often refer to it. It is a list of those students who went off to serve in World War II. A star to the left beside the name denotes the names of the AHS school boys who did not make it home.

Young Lindsey Padgett was one of those boys. His teacher and principal James Arthur Wilson once stated that he wished to one day understand why it came to pass that a young man who was never late or tardy throughout his school days would be tragically killed in the war. If you happen to visit the school, remember to walk by the commemorative plaque in the entrance and pay homage to those who served to preserve the American Way of Life and came home and those who didn’t come home to walk those hallowed halls once more. Happy School Days to all! 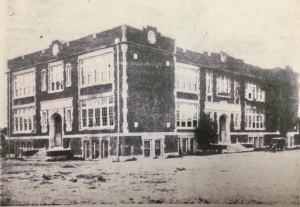