THE VOTES ARE IN: Municipal election results, comments from candidates 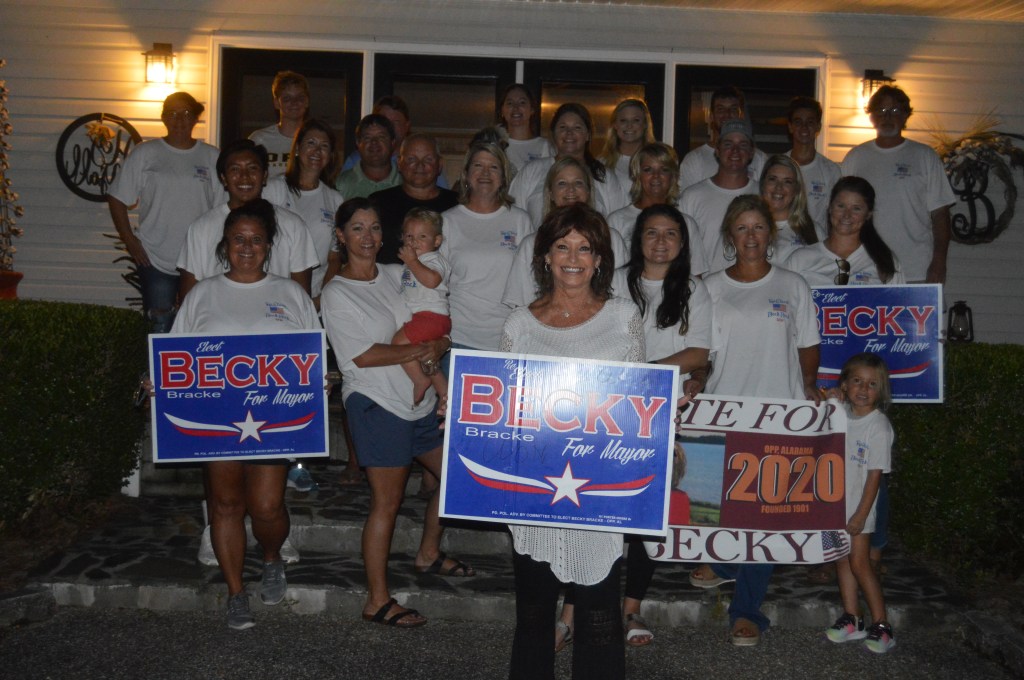 In Andalusia, there were only two elections held for city council.

Joe Nix defeated incumbent Will Sconiers in District 2 with Nix having 111 votes and Sconiers having 81.

“I’m very humbled by the vote of support that District 2 people gave me,” Mount said. “I had a lot of good people helping me, so thanks to them and thanks to the mayor and the city council it looks like I get to work with them for four more years.”

Former District 1 councilman Will Sconiers expressed his pride in the city of Andalusia and his support for councilman Joe Nix after the election on Tuesday night.

“We lost the race to a good man. Joe worked hard and I’m going to give him all the support I can give him to be sure we continue to move forward,” Sconiers said. “I feel like we’re going in the right direction. I think we all love this city and want to see it improve as much as we possibly can. I think there are some good people in office that are going to keep continuing on. It is what it is.”

Newly elected district 1 councilman Joe Nix said he is excited for the opportunity to serve on the council.

“Well I am just elated, I am thrilled, I am so happy that District 1 voted for change and for new energy, and I just can’t wait to roll up my sleeves and get to work,” Nix said. “I want to thank councilman Will Sconiers for a really good race. It was clean and he has done a great deal for the city of Andalusia and I want to thank him for a good clean race. I really enjoyed it. We are really good friends and we continue to be really good friends and I look forward to this experience.”

“It was a close race and all good people were involved, so Andalusia is the winner tonight,” Johnson said.

In Opp, incumbent Mayor Becky Bracke kept her seat as Mayor with 895 votes. Her opposition, John Bartholomew had 636 votes and Foster Norris had 47.

“I can breathe right now, which is a really refreshing change,” Jackson said. “It feels good. We have a lot of projects started that we want to see come to fruition and this gives us four more years to get it done. I’m just looking to get more done on what we have already done like getting more businesses here, more infrastructure and just continue to move the city of Opp in the right direction.”

Strickland said he appreciates the people that gave the council another chance.

“I’m very glad it’s over,” Strickland said. “We had a great turnout and I want to thank everyone who came out and supported me. I congratulate my opponent for the great job she did. I want to thank my wife for her support; I couldn’t have done it without her. I appreciate people giving us a chance to keep doing what we are doing. Now it’s time for everyone to pull together and keep the city rolling.”

Hines said he is excited because he gets a chance to finish what he started.

“I got great plans and a great vision for District 4,” Hines said. “I’m glad that the people who voted for me gave me another opportunity to do better.”

Some goals that Hines has for the next four years are infrastructure, paved roads and his pet project, the Faith Program, a program that focuses on the youth of Opp.

“I want to get the Faith Program established so that no matter who the city council is that program will continue every year,” Hines said. “I just want to give the youth of Opp something to do. I would also like some subdivisions to come into the City of Opp. There are people that want to move back to District 4, but there aren’t any homes. There’s a lot of work to do, but we are going to get it done.”

Spurlin said there are a lot of things going on in Opp that he is excited to keep working on.

“I appreciate all of the support from District 5,” Spurlin said. “We’ve accomplished a lot over the past four years and that’s the goal for the next four years, to continue the progress. We are going to keep focusing on retail businesses and bringing more jobs to Opp. There are a lot of things going right now and I’m excited to have this opportunity to continue working on what we started.”

Bracke said her win is validation that the citizens of Opp see what the council has done over the years.

“I think we have done a lot of great things and we are very excited,” Bracke said. “I appreciate everybody that went out and voted today.”

When it comes to being mayor, Bracke said she focuses on having goals for the coming years.

“We have a whole board in the city waiting for us to do these projects,” Bracke said. “We’ve got a lot of projects that we want to see done and I think we will be able to get them done. All of the council won, except for one going into a runoff. So, we know what we want to happen. Thank you again to the people of Opp for believing in the administration and me. We really appreciate it.”

“Well, it feels good. It was a long campaign and everything associated with it was a challenge. I certainly appreciate everyone who came out to vote,” Holley said. “I thought it was a good race and I feel very fortunate to be able to give something back to Florala over the next four years. I want to congratulate our voters and all those who ran for election. We have to appreciate the process.”

The mayor said he would work to build on the successes of his first term, including luring more businesses to the city and working with the Alabama Communities of Excellence program.

“We have 22 new businesses in Florala and we hope to continue increasing that number. There will be another physician moving in next month,” Holley said. “We will appreciate the support of the ACE program and will continue working with them daily. Economic development is one of our highest priorities as is the development of our downtown.”

Florala District 3 Councilmember Debra Inabinett was not challenged and will serve another term.