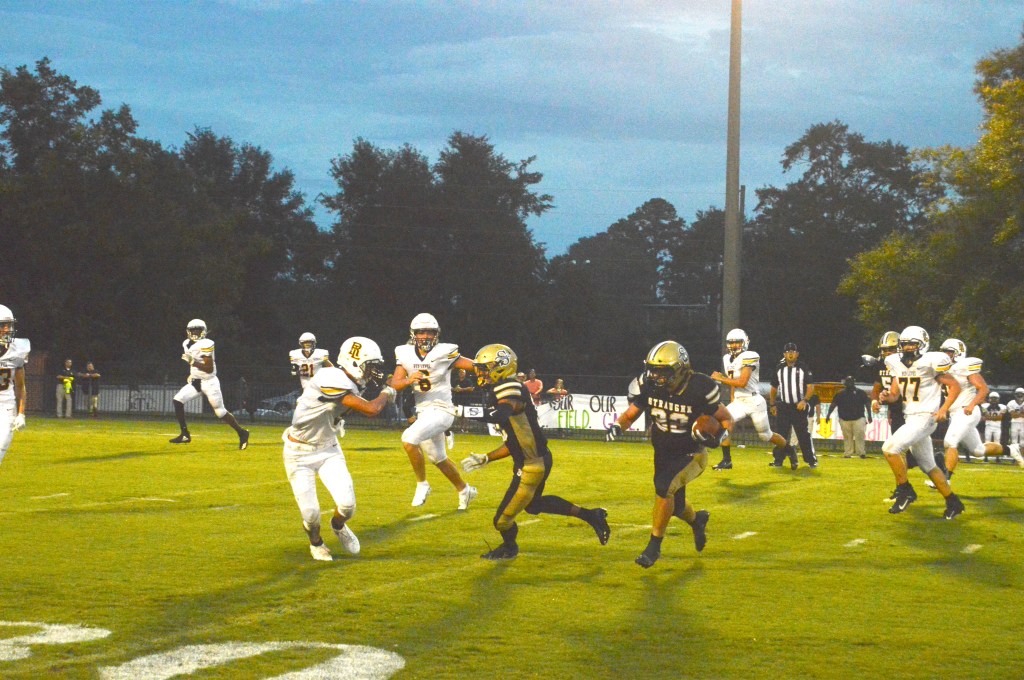 The Straughn High School Tigers gained their second win of the season over Red Level High School on Friday, 19-0.

SHS quarterback Trey Strickland led the team scoring all of the points for Straughn.

Red Level High School head coach Kenny Skipper is proud of the effort his team put in the first half of the game, with Straughn holding only a 6 point lead over the 1A team.

“We did exactly what a 1A football team is supposed to do against a 4A football team. We gave them every bit that they wanted right up until we got tired. You know they’ve got more depth and they’ve got double the kids we’ve got out here. I’ve got 19 guys that are in the rotation and they’ve got 30 guys or so. We had a few missed cues early, fumbled the ball twice out there, gave them one score in the first half and then we just couldn’t get anything going offensively,” Skipper said. “They played hard and I’m proud of them. They did everything I wanted them to do. We’ll look at the film and we’ll correct the mistakes, because we’ve got plenty of them, and we’ll get back at it next week.”

Skipper plans to work with his offensive line to prepare for next week’s game.

“We’ve got a lot of work to do on the offensive line. They played hard, but they got a game last week and we didn’t get one last week. That makes a big difference from week one to week two, you always make the most progress usually. For us, we made some mistakes this week that they may have made last week and they didn’t make them this week. So, we are going to look at some things,” Skipper said. “I thought we played hard on offense and defense and special teams looked good. We didn’t have any missed cues there, which is an improvement since we had some issues with that last year.”

Despite the loss, Skipper sees progress being made on the field.

SHS head coach Bradley Stephens is glad to see his team secure another win this season.

“I thought we had a much better second half than the first half. We made a few adjustments in the second half that we had to get some blocks a few blocks and we’ve still got a lot of work to do as far as to work off of tonight. Overall, I’m just glad we got the win. It wasn’t pretty, but as they say, an ugly win is better than a pretty loss so we’re just glad to get the win tonight.”

Stephens bragged on his team and quarterback for keeping the Tigers at bay throughout the game, but he continues to find room for improvement.

“We’ve gotta work on blocking and we just have to continue to run the ball hard. Trey did a fantastic job tonight. He just loaded up and said hey, give it to me and let me take it and that’s what he did. He’s our guy and he showed it tonight, so he did a fantastic job. We’ve just gotta get better upfront and continue to work on things overall,” Stephens said. “I thought our defense played really well tonight. Something would happen and they would get a big run or something and they would adjust on the fly and just continue to do what they needed to do to keep Red Level at bay. I thought our defense played really, really well and they kept us in the game pretty much all night long.”