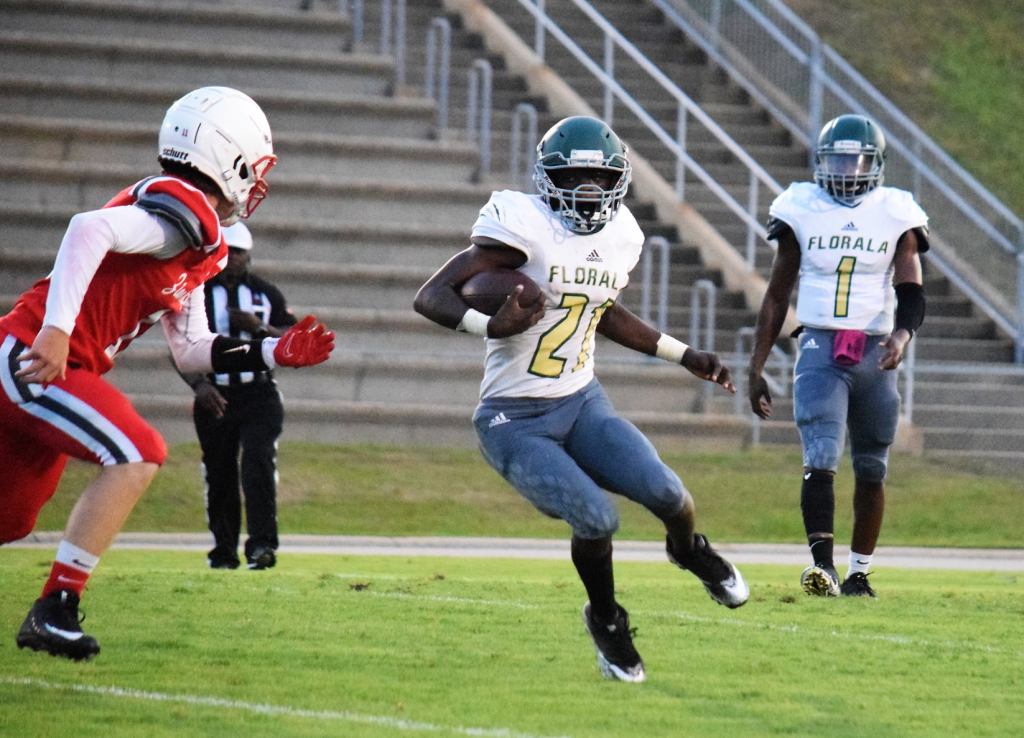 The Florala Wildcats (2-0) had a huge night on offense blowing out the Houston County Lions 56-14 Friday night.

“You can’t complain when you score 56 points and hold them to two touchdowns,” FHS head coach Chris Littleton said. “We still have some little stuff that we need to work on, but overall we had a good night.”

“Defense got out there and set the tone,” Littleton said. “Zacchaeus Reese had a huge night on defense for us. It was a huge night for the defense.”

On offense, senior Rashaad Coleman had a huge night, having a part of every touchdown.

“He had one rushing touchdown, one punt return and all the rest were pass touchdowns,” Littleton said. “Our first possession was a little slow, but after that, we scored on every possession. We are executing plays on offense, but some of them aren’t as clean as we want them  to be so, we will be working on that.”

The Wildcats take on Samson next week at home.