Recruits welcomed back to APD after attending academy 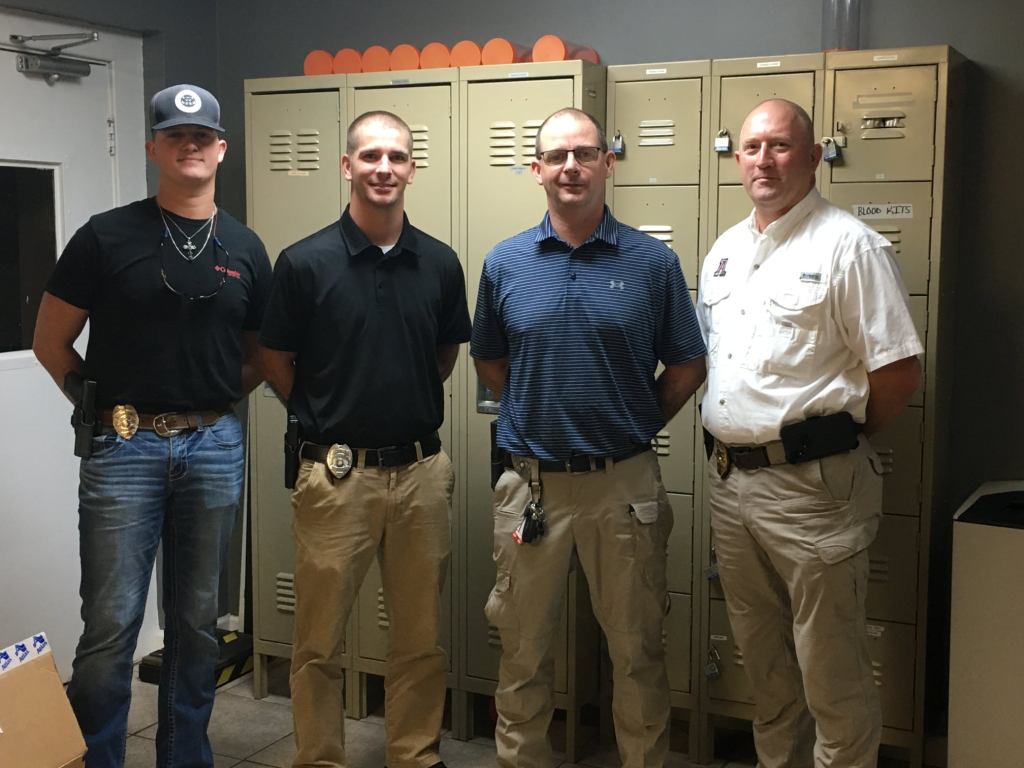 Trevor Reaves, Thomas Abate, and Ludger Boswell recently graduated from the police academy and are feeling prepared to serve the Andalusia community.

After experiencing life as a college student and going through basic training, Trevor Reaves decided to change his career path. There are a lot of things that influenced his decision to become a police officer, Reaves said.

“I had gone to college and decided I just didn’t want to do that anymore, I had already been through basic training, and my uncle was in law enforcement,” Reaves said. “I want to help the community be a better place.”

“It did in the sense of I already knew what to expect at the police academy in the way of life and environment and how it is,” Reaves said. “If I could make it through basic, I could do what it takes to be a police officer. Being in the military is doing something greater than yourself to help other people and law enforcement is the same thing.”

Reaves said he plans to change the stigma surrounded by law enforcement and is excited to learn more about being a police officer as he begins his new job.

“The best part is probably all of the new things I learned that I didn’t know before and the colleagues I made along the way,” Reaves said. “This is a good career and I want to show everyone that not all law enforcement is bad and they are there in a time of need. I want to be one of the ones who changes peoples’ views on law enforcement and how it is today.”

Thomas Abate first became employed by the APD months ago, but he is taking on new responsibilities now that he has graduated from the police academy.

Abate said he is excited to be a part of the Andalusia community and serve the town.

“It’s going well. I’ve been employed with them several months before the academy, but everything was on hold because of the virus” Abate said. “I like the people and the town. I’m still learning and there will be more challenges ahead I’m sure, but I couldn’t have picked a better place to be.”

Prior to his move to Andalusia, Abate traveled for work. Now that he is settled into the town, he feels prepared to protect the community.

“I worked out of town a lot before moving to Andalusia and I have family here and it’s a good place to give back to the community,” Abate said.

Training at the police academy was a much different experience than Abate expected due to COVID, Abate said.

“It was different. We went through the first corona class and had a lot of challenges with that. It was a little bit easier I guess, but with social distancing, mask mandates, and some stuff was limited because of the virus.”

Ludger Boswell is excited to take on his new career with the APD. Boswell began working toward this goal back in March.

“I started back in March with Andalusia but I actually start tonight on the night shift. It was just something I’ve always kind of wanted to do and I had been putting it off for a while,” Boswell said.

Boswell described his journey to becoming a police officer as life-changing.

“It was kind of different due to the virus and everything going on. It was a life-changing experience,” Boswell said. “You know, you meet different people from departments, the training you go through, and things are changing daily so we try to adapt to the changes.”

“I’m looking forward to interacting with the community. I get along with a lot of people and kids and I want to change the aspect of law enforcement these days and get around the community instead of just enforcing laws,” Boswell said. “I want to show we are humans too, we are no different from everyone else.”