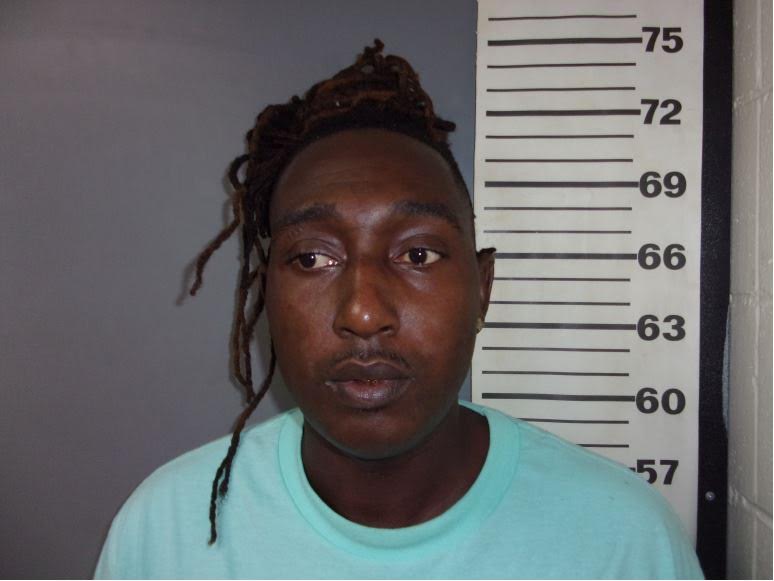 An Andalusia man pleaded guilty this week to possession of a controlled substance and intent to distribute.

Reginald Shamone Thompson, 37, of Andalusia, pleaded guilty earlier this week to Possession with Intent to Distribute and Possession of a Controlled Substance.

Thompson was sentenced by Circuit Judge Lex Short to twenty years imprisonment on the Possession with Intent case, and to eight years for the simple possession offense. Thompson had two prior felony convictions, both related to drugs and sale or distribution of drugs.

District Attorney Walt Merrell said, “Drug dealers are the worst sort. They tell themselves that their crimes don’t affect anybody else, which is far from the truth. We see drug addicts every day who suffer not only from their addiction, but with the broken family that resulted from their drug use and inability to overcome it. Families are torn apart again and again at the hands of the guy who is just lining his pockets.”
Thompson was initially charged with Drug Trafficking after Drug Task Force agents executed a search warrant at his Andalusia residence in April 2017 and recovered synthetic marijuana. Thompson’s second arrest came in February 2020 when Drug Task Force agents attempted to serve arrest warrants on another individual. Agents made contact with Thompson leaving the third party’s person’s residence in a vehicle matching the description of the third party. Thompson attempted to evade agents, but was stopped. In a subsequent investigation and search of the vehicle, agents recovered a large amount of methamphetamine and he was again charged with Drug Trafficking.
“In reaching a plea deal, part of what we have to do is balance the burden to the system created by drug traffickers against the severity of their criminal conduct,” Merrell said. “For the naysayers that will argue this sentence is too high for a little bit of meth or spice, that doesn’t account for where we started with these cases. If Thompson had been convicted of just one count of trafficking, the minimum sentence was 99 years or life.”
Assistant District Attorney Nikki Stephens prosecuted the cases. Stephens wished to thank the Drug Task Force agents involved in making the cases against Thompson, and for the work the Task Force does generally to better our communities.

“A huge credit is due the Task Force for the work they do and the amount of drugs they remove from the street day in and day out,” Stephens said. “Although they may feel like the drug problem in unending, they never tire in their efforts.”