FIRST WIN, REGION WIN: Andalusia gets the ‘W’ against 5A Rehobeth 38-22 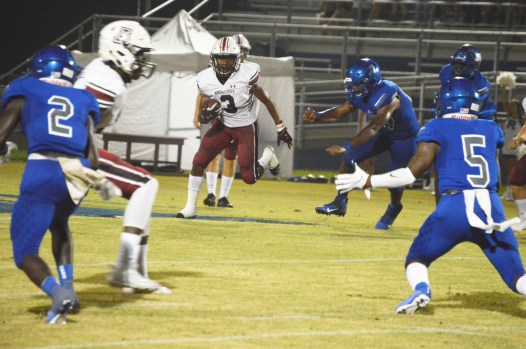 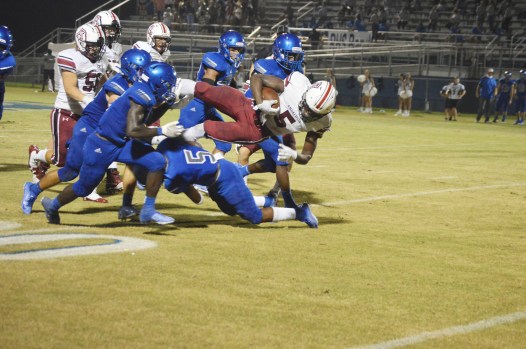 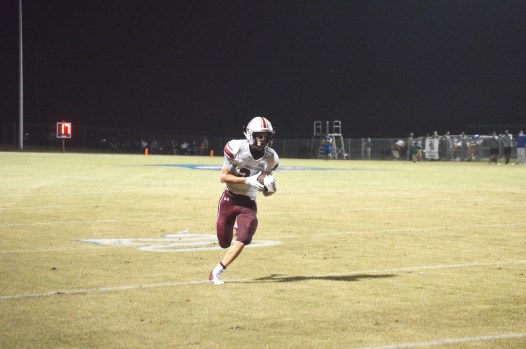 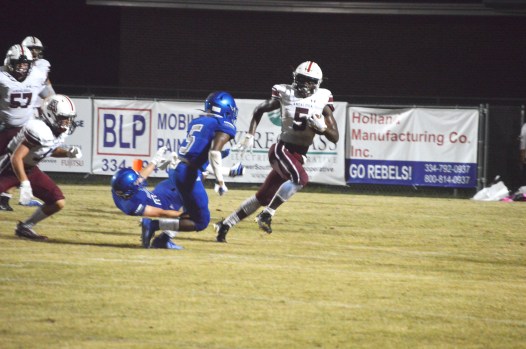 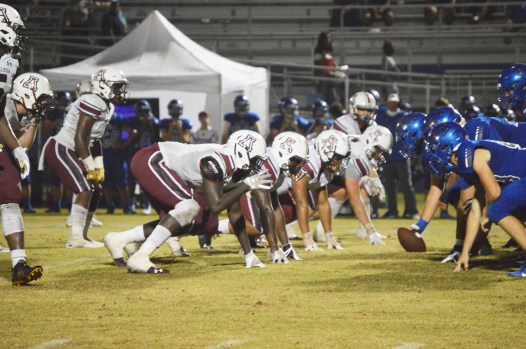 The game started off with the opening kickoff being returned by the Rebels for a touchdown.

The Rebels then missed the PAT, but were up 6-0.

The first AHS drive resulted in a punt, but on their second drive, Omare Lattimer and Caleb Blackston moved the ball up to the opposing 25 yard line to get the Bulldogs in scoring territory.

Mike Hourel rushed to the 8 yard line with 7:35 left in the first quarter. Josh Gurley then rushed two the six yard line, where quarterback Jake Wilson then punched it in for the go ahead touchdown after Gage Theus knocked the PAT through the uprights.

With 2:31 left in the first quarter, the Rebels struck again. After a quarterback sneak, the Rebels went for a two point conversion and were successful, taking the lead 14-7.

In the eighth minute of the second quarter, the Bulldogs started to get things going. Mike Hourel had a first down rush to the opposing 33 yard line and then J. Gurley rushed to the 13 yard line.

Wilson then connected with Blackston in the end zone to tie the game at 14-14.

At the beginning of the second half, the Bulldogs tacked on another touchdown when Wilson connected with Blackston again in the end zone, making it 24-14.

In the fourth quarter, Lattimer broke through the Rebel defense and scored again for the Bulldogs. After the PAT, AHS was up 31-14.

With 5:37 left in the game, Ayden Amis came up big with a long pass to the end zone and connected with Brandon Langley to end the scoring effort for the Bulldogs at 38-14.

The Rebels scored again with 4:05 left in the game, but were not able to get the ‘W’.

“Rehobeth has got a really good football team,” AHS head coach Trent Taylor said. “And what they do offensively is tough to defend because you don’t really see that a whole lot anymore. We had several miscues to start off with, the opening kickoff to be one of them. We’ve just got to find a way to play consistently like we did last week, but we will. We will get to the bottom of it. We will get everybody healthy and see what we are working with. There are a lot of things we need to clean up, but we won and we will just go from here.”

The Bulldogs will face another region opponent, Pike Road, next week at home.