X, THAT’S WHY AND Z: AJHS gets the ‘W’ against Charles Henderson last week 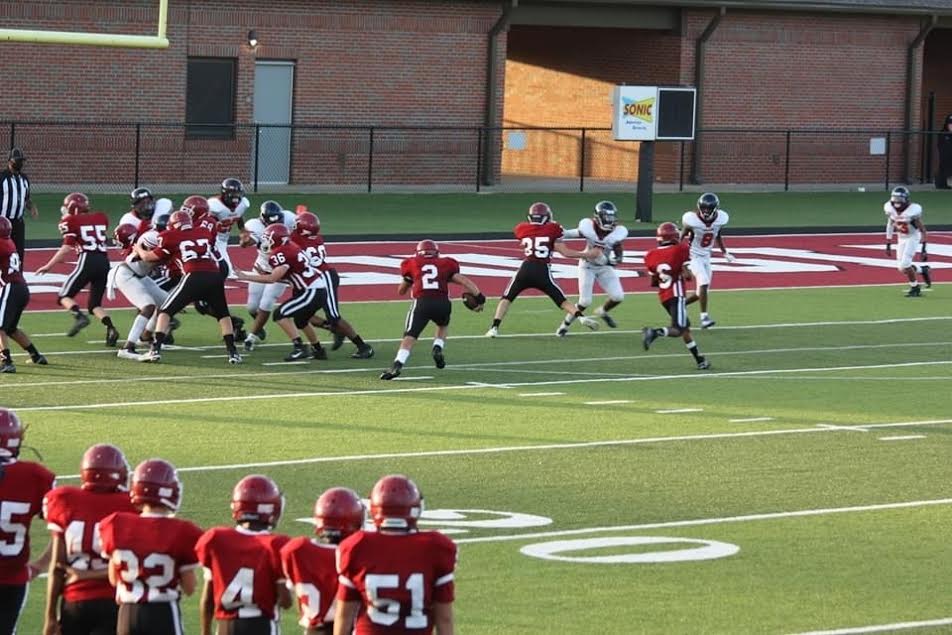 On a muggy Andalusia evening, the AJHS Bulldogs dominated the Charles Henderson Jr. high Trojans,18-0. Commanding both sides of the line of scrimmage, in their home opener, the Bulldogs got easily into the win column. A simple formula for victory was used: X, That’s Why and Z.

The X Factor in an explosive defensive performance was #42 Xavier Marshall. X, as he’s called by his teammates, had two tackles (one for a 6 yard loss), a sack, a fumble recovery, and the defensive play of the game – a 26 yard interception return for a TD that sealed the victory for the ‘Dogs.

The “That’s Why” factor was the play of #35 Jacob Sellers and #8 Cardariyus Love. Sellers was a disruptive force for the Dog defense, leading the team in tackles with seven and adding two pass deflections. Also adding to the defensive charge was Love. He had a tackle, a fumble recovery and a pass deflection. “The coaching staff was extremely proud of the defensive effort by our team,” said Head Coach John Dugger. “They played hard from the start of the game until final whistle. It’s the That’s Why Bulldog mentality that we try to instill into these young men and they delivered vs the Trojans.”

Z – last in the alphabet, but first for the Dogs, stands for the play of #2 Zade Newton. On 18 carries, Newton accounted for 126 yards on the ground and two touchdowns (5 yards and 15 yards). He also added a reception for 10 yards. Said Dugger, “Zade had a remarkable game. He continues to perform well. His quiet leadership approach speaks volumes on the field.”

The formula for victory for the 8th grade squad was a combination of X, That’s Why and Z. The squad came together and dominated the Trojans.

In 7th grade action, the younger Bulldogs took down their counterparts, 6-0. The Dogs shot out of the gate with explosive plays by Noah Curry, Jordan Skanes, Zerrick Jones, and Neillex Ferrell. For Curry, plays included runs of 8, 14 and 15 yards. Skanes had runs of 12 and 23 yards as well as a 6 yard TD. Jones caught a 23 yard pass from Curry. Lastly, Ferrell stopped a Trojan advance with an interception. Based on this game’s performance, the Bulldogs have a bright future ahead.