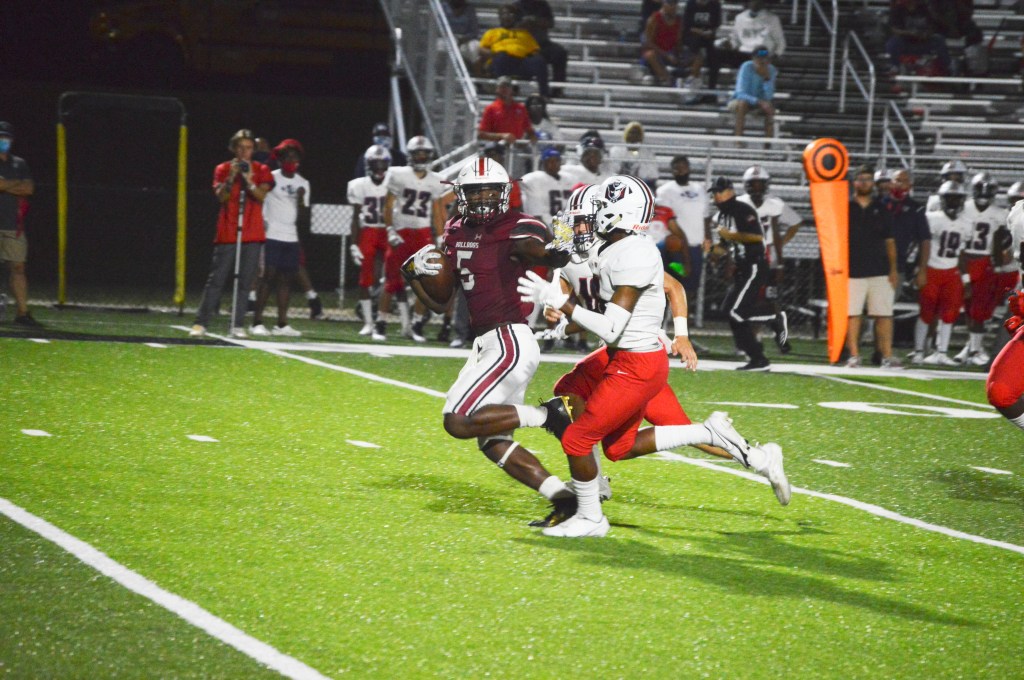 In seventh minute of the game, Chip Morgan had a huge first down catch and a flag was thrown for a facemask penalty, getting the Bulldogs into scoring territory first.

Josh Gurley punched it in the end zone, to put the Bulldogs on top 6-0.

The Patriots started with the ball on the 27 yard line. With 6:09 left in the first quarter, the Patriots quarterback ran straight through the Andy defense to take the lead after the PAT 7-6.

The Bulldogs opened the second quarter with a fumble and the Patriots recovered.

Andalusia was able to make it to the red zone on the next possession after Josh Gurley trucked to the 18 yard line converting on fourth down, but they were unable to convert on the next fourth down and Pike Road took over on downs.

At the end of the half, Pike road had an interception, but Caleb Blackston intercepted the ball right back.

Mike Hourel started things off for the Bulldogs at the beginning of the third quarter, rushing for a first down to the 48 yard line.

J. Gurley followed up with a first down rush to the opposing 41 yard line.

With 7:22 left in the third quarter, Hourel rushed it for a touchdown, but the PAT was blocked, making the score 17-12.

After several first downs and getting the clock down to 3:35, the Patriots struck again, to make it 24-12.

An interception for Pike Road set up their next scoring opportunity. A huge pass getting them to the three yard line got them into scoring territory where they punched it in the end zone to go up 32-12 after a good two-point conversion.

The Patriots ended the scoring effort with a touchdown in the third minute.

“Pike Road has a really tremendous offense with two big guys in the backfield,” AHS head coach Trent Taylor said. “I thought we had a pretty good scheme to start with but we will have to regroup and see what we can do. We just have to find a way to get better. We will come back Monday, regroup and find an answer.”

The Bulldogs hit the road next week to face Charles Henderson in Troy.