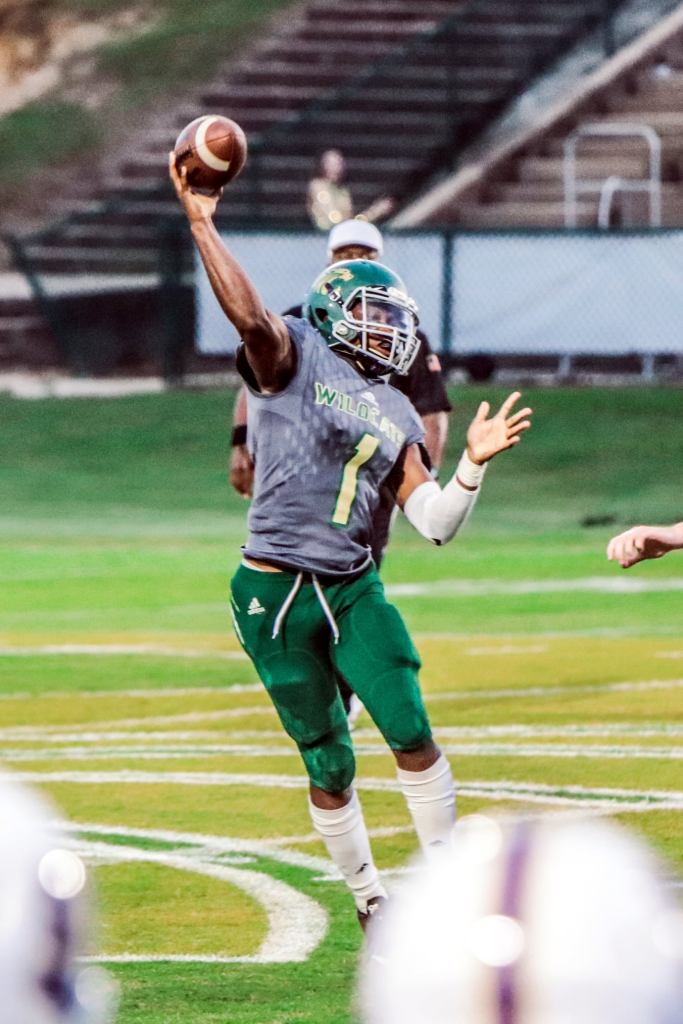 The Florala Wildcats (4-0) shut down the Georgiana Panthers in a 28 point lead game.

The Wildcats received the kickoff and were off to a rocky start, but a completed pass to Anthone Stone gave the team a first and ten.

Rashaad Coleman gained a few yards for the Wildcats, but an incomplete pass turned the ball over to the Panthers.

Florala’s defense was able to hold the Panthers from any yardage gain, and an out of bounds punt brought the ball back to the Wildcats in Panther territory.

Florala scored the first touchdown of the game, bringing the score to 6-0.

Senior Kellan Greer made multiple tackles to keep Georgiana’s offense from gaining any yards,  and the ball was turned over to the Wildcats after the fourth down.

Coleman carried for a first and goal, giving Johan Zamora the chance to make Florala’s second touchdown of the night, bringing the score to 12-8.

The Wildcats ended the first half leading the Panthers 20-8.

In the second half, Zamora carried the ball to the 3-yard line from Georgiana territory.

Coleman scored the first touchdown of the second half and gave the Wildcats a 14 point lead.

“This game was definitely a battle,” FHS head coach Chris Littleton said. “In the first quarter they came out and punched us in the mouth both defensively and offensively. We had a hard time moving the ball in the first half, but finally the kids started responding and played tough.”

Some people that worked hard were Zamora, Coleman, Austin Howell and Stone, according to Littleton.

“Johan had a huge rushing game and so did Rashaad Coleman, rushing and throwing the ball,” Littleton said. “Austin Howell had a pick six and Anthone Stone did a great job tonight. We had a pretty big scoring drive where we just toughed it down the field for about 80 yards. Looking forward, we just have to keep on bettering ourself and get better each week.”

The Wildcats will play Red Level in a conference game at Matthews Stadium at 7 p.m. on Sept. 18.

Amiya Mitchell and Christopher Smith contributed to this article.