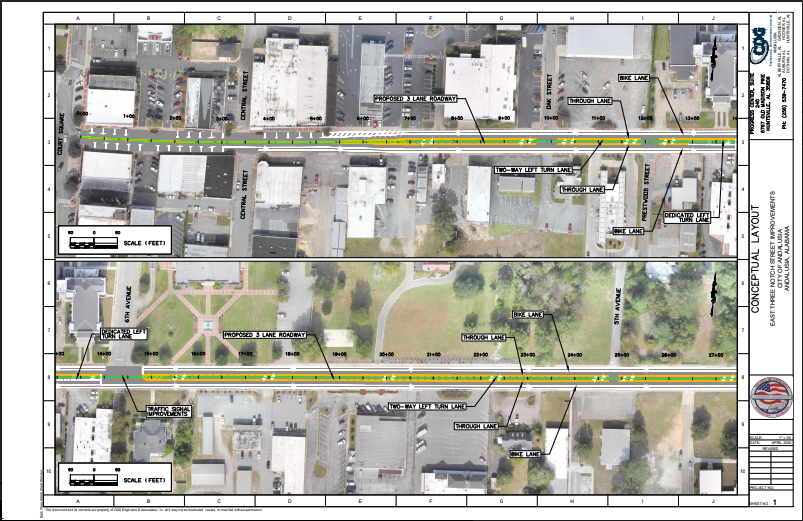 East Three Notch Street could get an update designed to slow down traffic and add bike lanes if the City of Andalusia is successful in its pursuit of ATRIP II grant funding.

The city council on Tuesday approved a resolution in support of the grant application. The project plans, drawn by CDG, include planning and resurfacing the existing roadway, updating existing traffic signals, and adding new traffic striping and configuration from the Court Square to the MLK Expressway.

City Clerk John Thompson explained that the proposal calls for the current four-lane configuration to become two lanes with a center turn lane and bike lanes on each side. The bike lanes are part of the city’s long-term plan for downtown redevelopment.

“We have an awful lot of fast traffic on East Three Notch,” Johnson said. “But we don’t have enough police officers to keep them slowed down. This should help that problem.”

The project, if approved, would total $1.5 million. The city would be responsible for only 10 percent of that total.

ATRIP II is an Alabama Department of Transportation-administered transportation infrastructure grant program for projects of local interest created in the Rebuild Alabama Act of 2019.