Red Level local speaks out after tree smashes through home 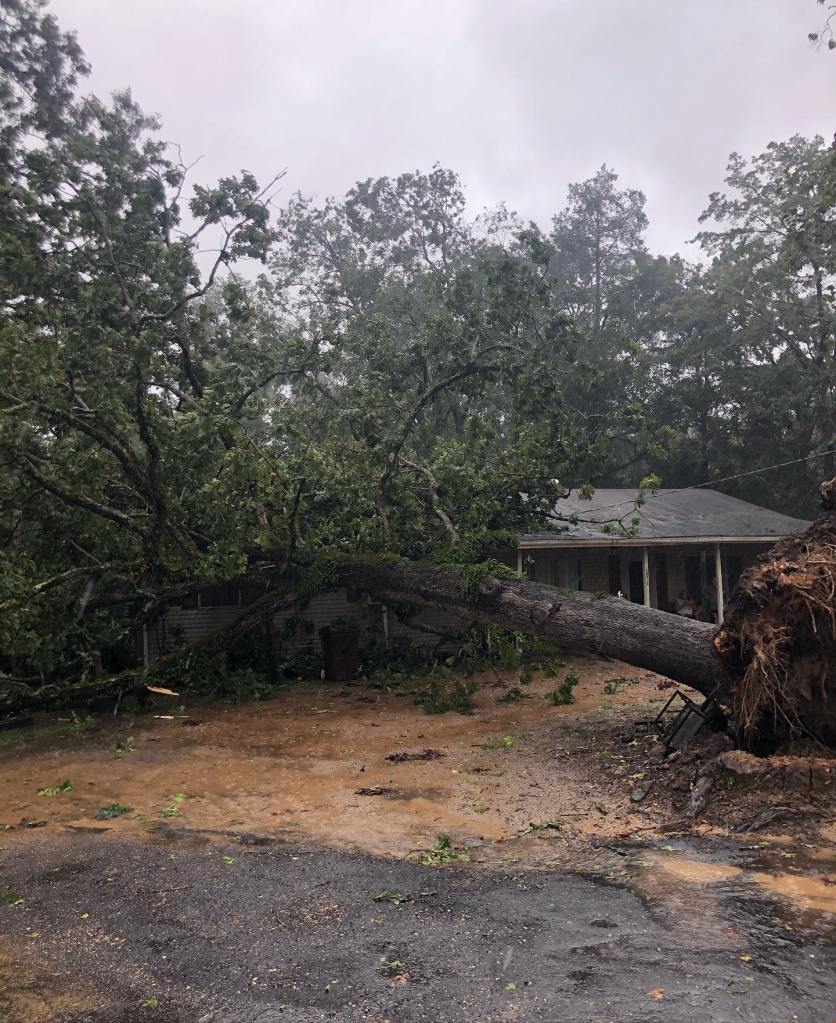 Hurricane Sally brought on severe weather in the county, hitting home with some families. Cody Marler and his parents were in their home in Red Level when a tree fell onto their kitchen on Wednesday.

“We were inside when it happened. I was on the phone in my room and my parents were actually in the living room, and when it happened it shook the whole house like an earthquake,” Marler said. “I knew what it was already because I was already worried about the tree before and we had it planned to get the tree cut down next month.”

The tree was large enough to break through the roof of the home, causing the kitchen and other areas to flood.

“It was in the kitchen and luckily it didn’t come all the way through, but it went through the roof,” Marler said. “When we left we got everything we could and the kitchen was flooded, so everything else is probably flooded by now.”

Marler’s instinct was to check on his parents when he heard the tree fall.

“Honestly when it happened, I knew what it was right away. I was more concerned about my parents because I knew they were in there. I prepared for the worst because it happened so quick,” Marler said. “I felt blessed because it could’ve been a lot worse than it was.”

Thinking about the uncertain future of the home is tough for the family, Marler said.

“It’s tough because we do everything in there and we’ve lived there for a long time. It’s kind of out of the ordinary and don’t know exactly what to do because there’s a good chance we can’t refurbish the house,” Marler said. “It’s out of our comfort zone. It’s unexpected. You never think it can happen, but it can. We’re lucky and very blessed.”

Marler said he hopes everyone is staying safe throughout the hurricane.

“Everyone be safe and be prepared for the worst. You don’t think it will happen, but it can,” Marler said. “We appreciate everyone. We’ve had a lot of people reach out and offer help, especially our neighbors. We had a lot show up to help us get stuff out to help and many phone calls, so thank you.”