OFD TO THE RESCUE: Department helps with floodwater rescue in Geneva 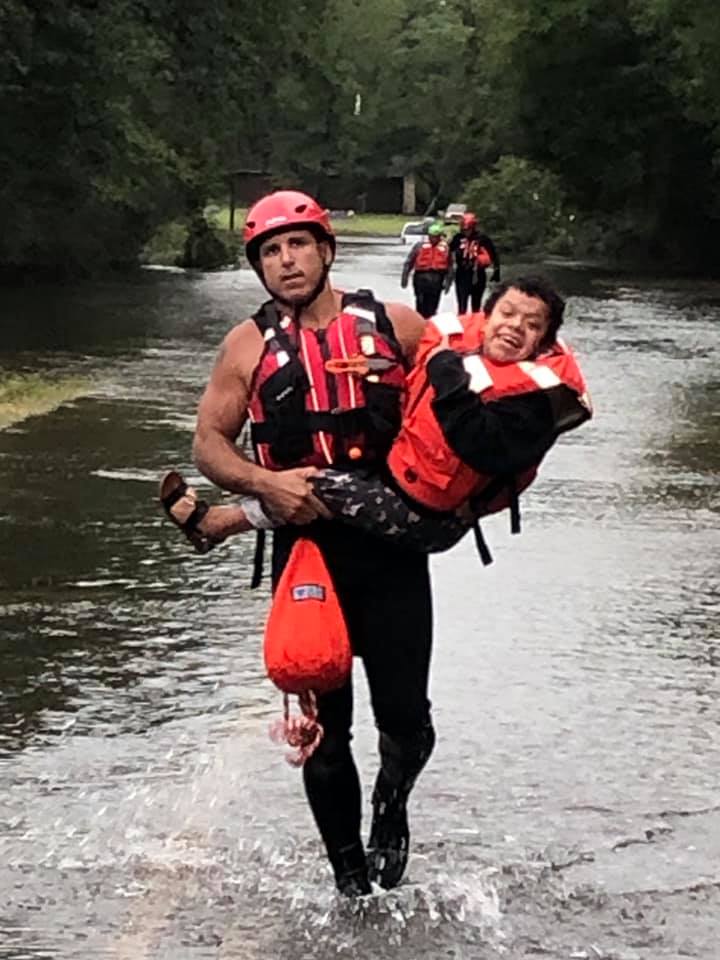 “It was in the Flat Creek Fire Department’s coverage area and they had a vehicle in the water with occupants in it. We responded with our water rescue team and we found out the vehicle tried to pass a flooded road and got stranded,” Spurlin said. “There ended up being 4 occupants and a pet inside.”

The OFD sent a paramedic and an advanced EMT down to see if there were any medical issues and for further instruction, Spurlin said.

“We sent them to see what we needed to do. They made patient contact and there was some current, but not enough to prevent safely putting lifejackets on them,” Spurlin said. “They took lifejackets and brought out two people at a time. The first two brought a 15-year-old and another teenager out and turned them over to Samson paramedics. They then got the two adults and the dog and pulled them out and walked them out safely.”

Spurlin confirmed that there were no serious injuries at the scene and the department was able to return to Covington County shortly after for assistance.

“The call went well, there were no injuries. One person was complaining of chest pain and we checked them out and sent them over to Samson to do a full check out. They deemed him to be alright and released him on the scene,” Spurlin said. “We assisted them on the scene for approximately 53 minutes, then we got back in service as quickly as we could to cover our county.”

Spurlin pleads for people to have good judgment when it comes to crossing flooded roadways.

“I just want to tell people, don’t drive across flooded roadways. Someone made a statement they thought they could get through, and of course, it looks shallow at first, but it’s going to get deeper as you go through,” Spurlin said. “Your vehicle can stall out and the current can cause your vehicle to flip over. Stay out of the roadways, turn around and don’t drown.”

Firefighter and paramedic Brian Boylston and Lt. and AEMT Michael Barnes are pictured. 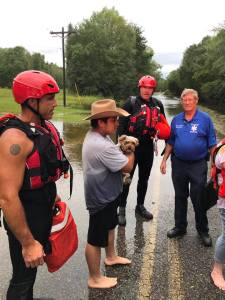 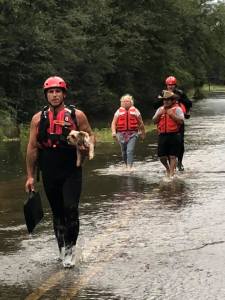 2004 MURDERER UP FOR PAROLE NEXT WEEK: William Carroll…