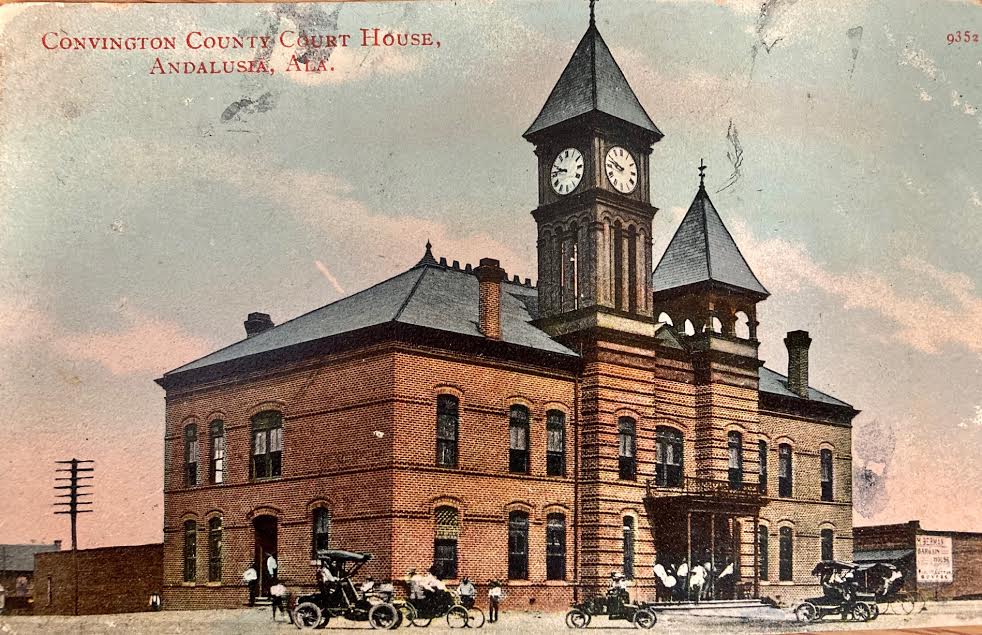 Back in the mid 1960s, the AHS Glee Club sang a festive song, “Heigh Ho! Come to the Fair.” Well, folks, according to Kiwanis Club president Don Cotton, it is “fair time” once again. There will finally be something to do around South Alabama in October – in a safe setting, of course, during this Covid 19 epidemic.

The Old and New Testaments reference “fairs” with illusions to commerce, trade, the marketplace, festivals, religious feasts, and holy days. Where and when the first fair was held is not known; however, evidence point to the existence of fairs as early as 500 B. C. in the book of Ezekial.

The evolution which blended religion and commerce continued over time and moved into western Europe. The concept of the “county fair” organized by an agricultural society in America was initiated around 1810 in Massachusetts by Elkanah Watson, a New England patriot and farmer. He earned the title “Father of the U. S. Agricultural Fairs.” He worked diligently for many years helping communities organize their respective fairs. In 100 years, there was a fair in almost every state.

Today it is estimated that about 2,000 fairs are held in North America each year. Agricultural fairs can be found throughout the United Kingdom, in Australia, Mexico, and other countries with emphasis placed on not only agricultural exhibits but also educational activities and displays such as 4-H, FFA, and similar youth development programs.

The October 10, 1963 edition of The Andalusia Star News reported in Editor Ed Dannelly’s “In the Andy Swing” column –

“The biggest bull in all the world is in Andalusia this week. And that is no bull! Naturally, he (the bull) has been lassoed for showing at the first annual fair of the Andalusia Kiwanis Club’s Covington County Fair, that is! And, of course, Johnny Portemont who has his Johnny’s United Shows as the key midway attraction had a hand in bringing this bull to Andalusia.”

Looking back in The Andalusia Star, March 15, 1934 edition,  there is an historical account, author unknown, about Covington’s First County Fair. Believe it or not, guys, WOMEN started the first fair! Is this not appropriate to come across this information in this 100th anniversary year of women gaining the right to vote (1920-2020)!

“Early one morning in November 1916, the city square of Andalusia was dotted here and there, with busy women. The only policeman on the beat came up – looked inquiringly.  About that time, the mayor of the town, Samuel Hitchcock Gillis, walked up, looked ‘round. Finally in his manner of ‘few words’ said, ‘What are you all trying to pull off here?’ One of the women was afraid to answer, and the other was afraid not to answer.”

“In ‘peppy’ words one explained, ‘You remember we told you that we were to put on a County Fair – here to-day.’”

“Oh, yes, I do remember hearing something about it, but what are those men going to do with that lumber out there?”

“That is for exhibit pens where young pigs not over three months old are to be exhibited. And that place over there is to be used for cattle. That is where the prize-winning cattle will be exhibited.”

“Disgustedly the mayor shrugged his shoulders and walked away.”

“People were coming in on all sides of town with loads of produce. Poultry, already in large attractive coops, were being placed on exhibit. Wagons, loaded with cans and jars of freshly canned fruit and vegetables, dried peaches and apples, were winding their way into the already crowded square.”

“The Civic Improvement Club was putting on this county fair. Some of the members were wearing ‘Hoover aprons’ – just think of it! Anyway, things were humming; questions were being asked; answers were slow coming; things were moving as if by magic!”

“The ‘lights and dim-a-lights’ that for years had been domiciled within the walls of the court house in the (center of the) square had all moved to the new and imposing building which had just been vacated except one. In this room sat a distinguished man with apparently a few books and lots of memories. (Could that have been the Probate Judge?) The ladies asked if there would be any objections to the rooms being used for exhibit spaces. To this question, a most cordial answer was given, ‘No, indeed, just go ahead.’”

“Immediately, the rooms were arranged for exhibits. Art, historical, culinary, and agriculture exhibits were put in shape in a most remarkable and interesting way. Each display demonstrated much artistic taste and work.”

“The citizens of Andalusia were talking and moving in every direction that day – ‘What’s happening?’ To this question only one answer could be given: ‘A County Fair has come to town!’”

“By noon, only pedestrians were allowed space on the square. Vehicles were parked on the outskirts of the city.”

“How it all happened – A few weeks previous to this county fair, at a regular meeting of the Civic Improvement Club, the president, Mrs. Oscar M. Duggar, said, ‘Ladies, let’s put on a community fair, or a county fair, as you please to call it. We can make a success of this project if we put our shoulders together and PUSH and PULL.’”

“Well, they did make a success. On that day, which was to be exact, November 1, 1916, prizes amounting to $75.00 were awarded for best stock, food stuff, dried and canned fruits, green and canned vegetables, calves, pigs, and chickens. All went home wearing blue and red ribbons.”

“The crowd was so immense passing in and out of the exhibit rooms, something had to be done. A well-known Sacred Harp singer announced to the crowd from the window of the new court house that a ‘singing contest’ is on. The court house was immediately a jam of humanity. A prize of $10.00 was awarded the best county church choir. Singing continued until the beautiful autumn sun was fast pulling the shade of purple, blue, and grey over the city. Cordial goodbyes were said. Expressions of appreciation and congratulations for courtesy and success from our visitors as they left for their homes were extended.”

“The club women had mingled with the best people in the world on that day and were rewarded though tired from their days work, they were happy.”

“This was the last big gathering to assemble in the old (1895) court house in the square. In just a short time, the old building was razed.”

This was a delightful article to run across. Not only did it contain the history of the first Covington County Fair that was held on the Public Square (Who would have ever thought?) but also some additional tidbits of court house history. The writer’s description painted a perfect picture of that day, November 1, 1916, in the downtown.

Now, all of you ladies out there, let’s make a special effort to PULL and PUSH and help the Kiwanis Club of Andalusia to put on a great fair this year. Remember When they did that in 1916!