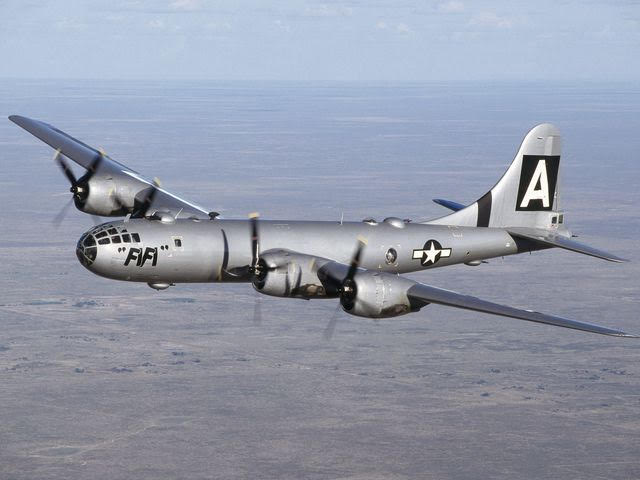 World War II was different from other wars . It was unique in that it was the first recorded war that was won with troops, machines, ships and planes that did not exist at the beginning of the war. On Dec. 7, 1941, the United States had approximately 2.2 million troops available for combat. At the end of the war, there were more than12 million men and women in the U.S. armed forces, 7.6 million of whom were stationed overseas.

The United States was reluctant to actively intervene in the European war that had begun with Germany’s attack on Poland in 1939. During the presidential election of 1940, President Franklin Roosevelt promised to keep America out of the war. However, the conquest of the Western European countries by Nazi Germany and the bombing of England, had given him second thoughts. Congress and the president were able to pass the Lend-Lease Act in March 1942. It provided for lending ships, planes and equipment for any nation, “vital to the defense of the United States,”  in exchange for leases of military bases.

The surprise Japanese attack on Pearl Harbor on December 7, 1941 brought an end to isolationism in the United States. In the attack, America lost some 2,403 service members and another 1,178 were wounded. The U.S. Navy had six ships sunk or destroyed and there were 169 military aircraft destroyed. From a purely military viewpoint, there were some positive things for America after the attack. There were three vital U.S. military targets that avoided destruction that day:  1 – The two fleet aircraft carriers stationed at Pearl Harbor, USS Enterprise [CV-6]  and USS Lexington [CV-2] , were at sea; 2 -The Navy drydocks at Pearl were left intact with only partial damage; and 3 – The main fuel depot at Ford Island was not destroyed.

The attack on Pearl Harbor was planned and developed by Admiral Isoroku Yamamoto who was considered the most capable strategist in the Japanese Navy.

The admiral had spent time in the United States, studying briefly at Harvard before serving as Naval Attache in Washington, D.C. from 1926-1928. It was said that his heart was not in the attack against the United States. With that said, Yamamoto was still chosen as the plan’s architect once the military leaders decided to attack. After the attack, most of Japan’s military leaders considered it a success.

It is important to note, however, that  Admiral Yamamoto held a somewhat different view. He was quoted as saying, “I fear all we have done is to awaken a sleeping giant and fill him with a terrible resolve.” An examination of America’s response gives credence to the admiral’s prediction about the “sleeping giant’s” quick recovery.

Military leaders have always argued against fighting a war on two fronts. The United States not only fought WW II on two fronts but fought a two-ocean war, successfully on multiple fronts.

The complexities of fighting a two-ocean war were incalculably difficult. The United States peacetime manufacturing industry had to be transformed. Industries that produced automobiles and appliances had to make planes, trucks, tanks, ships, guns and ammunition. Several government agencies were created to make that happen. The War Production Board was created in 1942 to coordinate the government agencies that oversaw the production of material for the military. In 1943, the Office of War Mobilization was created to oversee the production activities of private manufacturing industries. That act also provided them with financial assistance to purchase additional machinery and to build new facilities or expand old ones. With the government’s help, defense industries were able to expand their peacetime production lines many times over. Automakers, such as General Motors and Ford, quickly shifted from automobile production to the production of tanks, trucks and planes.

The increased production of defense industries created many new job opportunities. The United States, which had just gone through the Great Depression  found itself in need of millions of new workers. The new jobs in urban America brought mass migration from rural areas. There was also a migration of workers from the south to the north. The scarcity of women in the workforce changed overnight. Men were needed for the military and that opened many new jobs for women that were previously unavailable. Some women shifted from their pre-war jobs to those in defense, but many others entered the workforce for the first time. Between 1940 and 1945, more than 5 million women were added to the U. S. workforce.

Once U. S.  industries were placed on a wartime footing, their output increased dramatically. Their most immediate task was to keep Great Britain supplied with the materials required to continue fighting Germany. More than one million tons of supplies per week were needed to keep up their war effort. Before the United States entered the war, German U-boats had already taken a terrible toll on the convoys carrying supplies to Britain. To

meet the challenge, the U.S. started production of a British designed, low-cost class of cargo vessels called Liberty ships. They were produced in 18 shipyards across the country. Through 1945, more than 2,710 of these ships were produced at an average rate of three ships every two days. A total of 5,500 non-combat ships were produced in all. Alabama Shipbuilding and Drydock in Mobile, Alabama built 118 Liberty ships. Another 330 were built by Kaiser Shipyards in the northwestern part of the country. The Liberty ships were produced in sections, then brought together to be welded. After seeing the ships, President Roosevelt gave them the nickname “ugly ducklings.”  They earned the nickname, “Kaiser’s coffin,” from some of their crews because of their thin steel hulls. After entering the war, U.S. naval designers came up with their own enhanced Liberty ship, called the Victory ship. It was slight longer and wider and displaced about 1,000 more tons. A new hull design gave it a slightly faster speed to help outrun the U-boats

The Allies could not have prevailed during WW II without strong navies that could control the seas. The axis powers of Germany, Italy and Japan had built up formidable navies during the years leading up to the war. Among the Allied forces, only Great Britain had maintained a large, modern, offensive navy. They understood the vulnerability of an island nation to an enemy with a strong navy. When the United States entered the war, it was determined to make its navy the largest, most capable navy in the world. By the end of the war, the U.S. had produced more than 1,200 major combatant ships. The U.S. also produced more than 70 per cent of the world’s total numbers and tonnage of naval vessels of 1,00 tons or greater.

The Army Air Corps also underwent a total transformation in both numbers and modernization. By war’s end, the United Sates had produced more than 200,443 combat aircraft and more than 95,510 other aircraft. The U. S. Army added more than 86,000 tanks and more than 2,000,000 new trucks.

Looking back at WW II, some 75 years after Japan surrendered, it might seem that the war’s outcome was pre-determined. You wouldn’t have been able to tell that to those 17 and 18-year-old kids who flooded the recruiting offices during the days and weeks following December 7. The American “can do” attitude accounted for much of what happened during the next four years. The United States had been a neutral country before Pearl Harbor. Once the U.S. joined the Allies, their combined war effort was formidable. The Allies now had greater access to the financial resources, materials and manpower needed to win the war. The new economic and political alliances brought new cooperation and a sustained global war effort that would defeat the Axis. 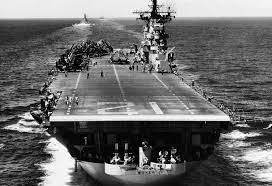 The story of Rick Rescorla, Vietnam Hero and Hero…