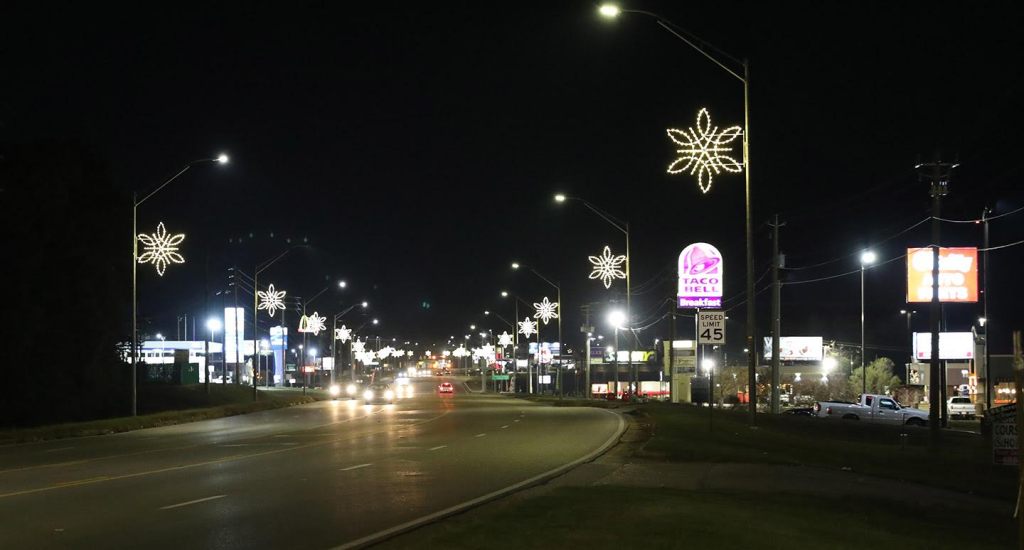 Andalusia will become a city of even more lights this Christmas, when the city will expand the snowflake decorations added on the bypass last year.

The Andalusia City Council last week approved the purchase of 100 additional eight-foot snowflakes. Mayor Earl Johnson said 2020 marks the second year of a three-year project to add the decorations to all of the business portion of the bypass. Last year, lights were installed on the western portion. This year, lights will be added from the Hwy. 84/Hwy. 29 intersection near the Covington Mall, east to the intersection of East Three Notch/Hwy. 29 and the MLK Expressway (near Piggly Wiggly).

Next year, the mayor said, the lights will be extended to Walmart.