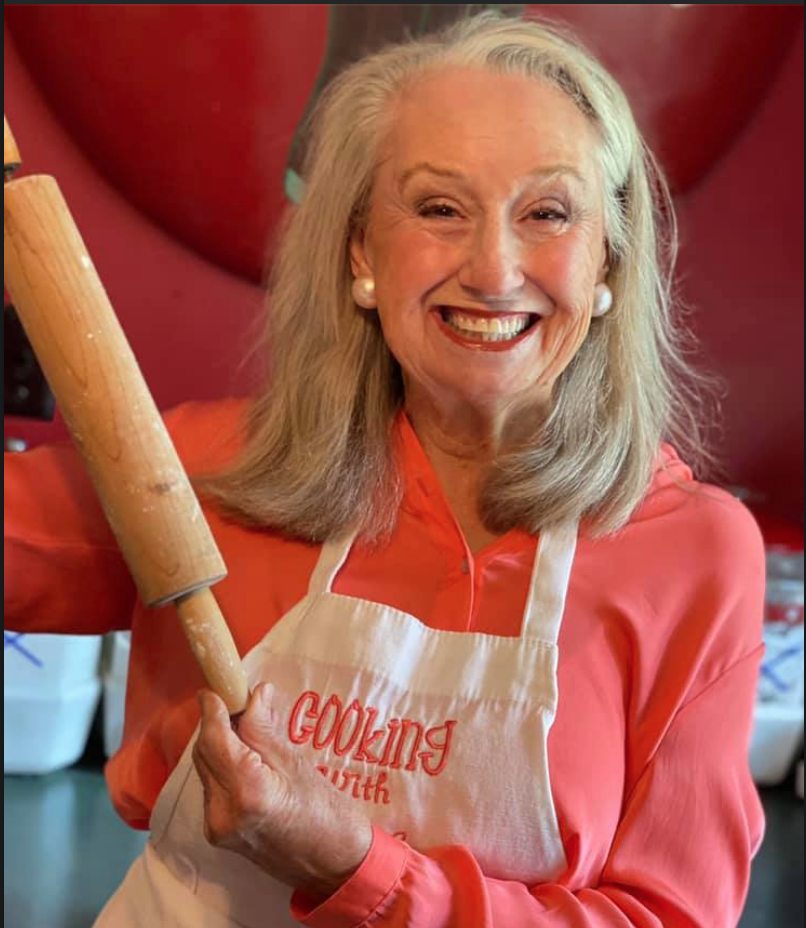 It was just a matter of time before Andalusia’s own Brenda Gantt – whose video on making biscuits went viral after she posted it in March – started making appearances on national talk shows.

According to her Cooking with Brenda Gantt page on Facebook, the 73-year-old grandmother will be a guest on “The Kelly Clarkson Show” on Friday, Sept. 25. The show, whose second season debuted this week, airs weekdays on NBC.

Brenda’s Facebook page hit 1 million viewers on Sept. 17, the same day she posted a follow-up video on making biscuits which she called “Let’s Try Again!” (She filmed her original biscuit video with one hand while stirring up the dough and cutting the biscuits with the other.)

To mark the occasion, she thanked her million-plus fans the next day in a video filmed on her front porch swing after spending the morning picking up sticks in her yard that were left behind by Hurricane Sally. “Thank y’all so much for watching me,” she said. “We’re helping America to cook, and that’s our goal.”

As cars occasionally roared by in the background, she said, “Goodness gracious at the traffic today.”

Her decidedly Southern speech, charming smile and sense of humor have earned her such a following. Most of her posts are filmed in her kitchen, with its large picture window over the sink and a Coca-Cola sign on one red wall. Viewers have become accustomed to watching her casually wield one sharp knife to do most of her chopping.

And they’ve even been introduced to her daughter and grandchildren who live nearby and call her “Big Mama,” despite her petite stature, as well as to some of her longtime friends. Brenda has graciously promoted Andalusia-area businesses such as the Piggly Wiggly grocery store, Hill Top Sausage, Dixie Dirt seasoning and Wingard’s Produce.

Among the many Southern dishes she has made on Cooking with Brenda Gantt are fried pork chops, fried chicken livers, chicken and dumplings, fried green tomatoes, collards, turnip roots, coconut custard pie and peach cobbler.

“The Kelly Clarkson Show” is described on its website as an “uplifting daily destination for humor, heart and connection” featuring “the biggest names in film, television and music, as well as emerging new talent and community heroes.” Also scheduled to appear on Friday’s show are rapper and actress Queen Latifah and singer Sabrina Carpenter, according to the show’s website.