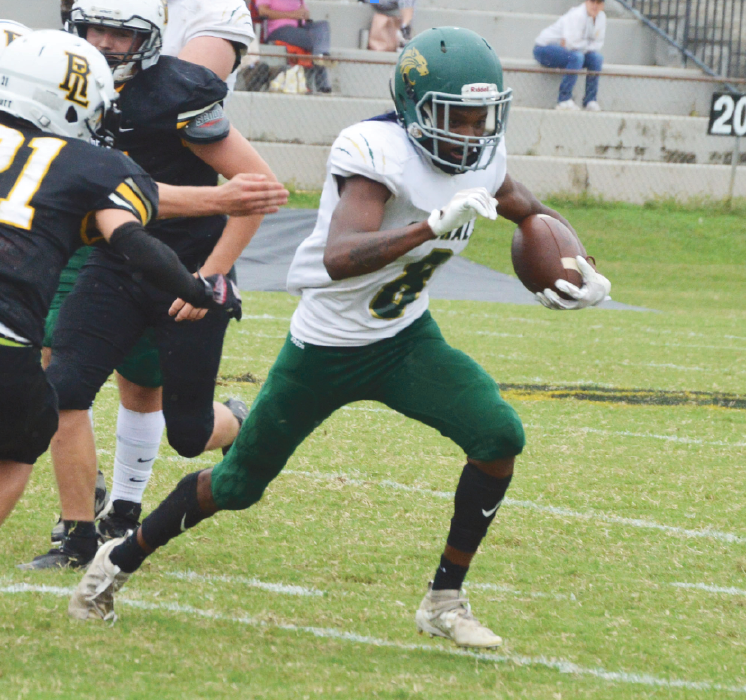 FHS head coach Chris Littleton said his team started off a little slow but came up big at the end of the game to secure the win.

“We made a lot of mistakes and didn’t play our best ball game for sure,” Littleton said. “We had way too many mistakes to put ourselves in a place where we had to win it at the end. The kids did show a lot of heart at the end of the game to come back.”

The Wildcats blocked a punt under 30 seconds left and three plays later scored a touchdown to win the game as time expired.

“I’m proud of our effort, but we definitely can’t make those mistakes,” Littleton said. “If we put ourselves in that situation it’s not always going to end up like that. Hat’s off to Houston Academy though, they came out in a completely different offense. They hadn’t shown it all year. It definitely took us a long time to get adjusted to that.”

This week, Littleton said they are focusing on fixing mistakes they made in the last game.

“We can’t play like that against Kinston,” Littleton said. “They are a well-coached football team just like Houston Academy was. They are a tough, nitty-gritty group that comes off the ball and hit you well. So, we are focusing a lot on cleaning our mistakes but are also going to adjust to what they do.”

The last couple of years Florala has improved their football team, going to the playoffs for the past two years.

Littleton said the Florala community is supporting them 100 percent of the way.

“There is a lot of excitement in Florala,” Littleton said. “I’m just trying to keep them from looking ahead too much. Everybody is talking about games down the road when we are just trying to focus on what we are doing right now. The community is behind us and behind the kids. It was a great atmosphere the other night. I have coached in a lot of stadiums and I don’t think I have ever heard a noise as loud as the stadium was when we scored that game-winning touchdown Friday night. There have been some down years, but the last couple of years have been better. The community has been waiting for this group to come through and see what they can do.”

The Wildcats have outscored their opponents 230-63 this season and still has an undefeated record.

They face Kinston on Friday night at Kinston.