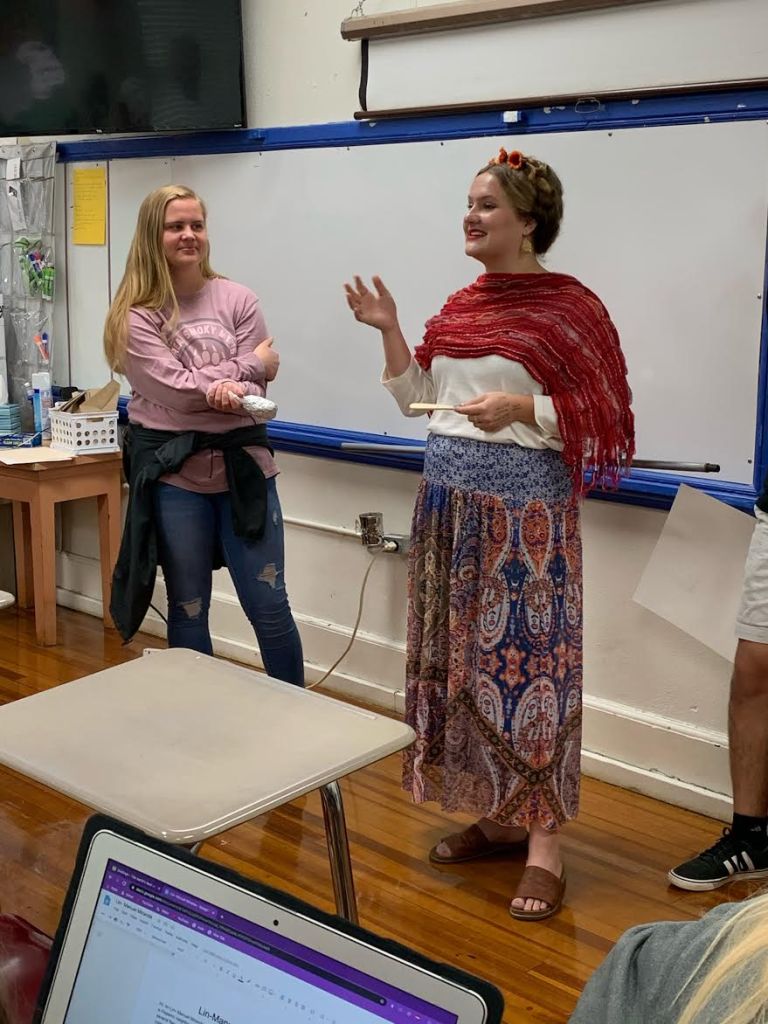 In an attempt to teach her students the importance of Hispanic and Hispanic American culture, Andalusia High School Spanish teacher Maria Smith introduced a wax museum project to her students this year.

The students had to make a poster and dress up as a person of Hispanic descent.

“The students have to talk about their person’s early life, ethnicity, because there have been a lot of famous Hispanics that have been born in the United States, the person’s career and accomplishments and the legacy that person left or is leaving behind,” Smith said. “They could choose any Hispanic person that was either from Central or South America or Spain or if their parents were from those countries.”

Smith said the goal of the project was to make sure the students understand how many Hispanics are in the United States and how they contribute to the country.

“In one form or another, these people bring a certain aspect of their culture to the United States,” Smith said. “With the U.S. being 16 percent of the population, that is important.”

So far, Smith said her students have been doing a wonderful job with the project.

National Hispanic Heritage Month is a period from 15 September to 15 October in the United States for recognizing the contributions and influence of Hispanic Americans to the history, culture, and achievements of the United States.

“The United States is built from different cultures and we just forget that as a society,” Smith said. “We were talking about mixed marriages in class the other day and I told the students that it is a real challenge to have two different cultures in a marriage. It is a challenge, but each culture brings benefits and challenges and we have to work with both to work towards happiness.”