HURRICANE DELTA FORECAST TO BE DANGEROUS 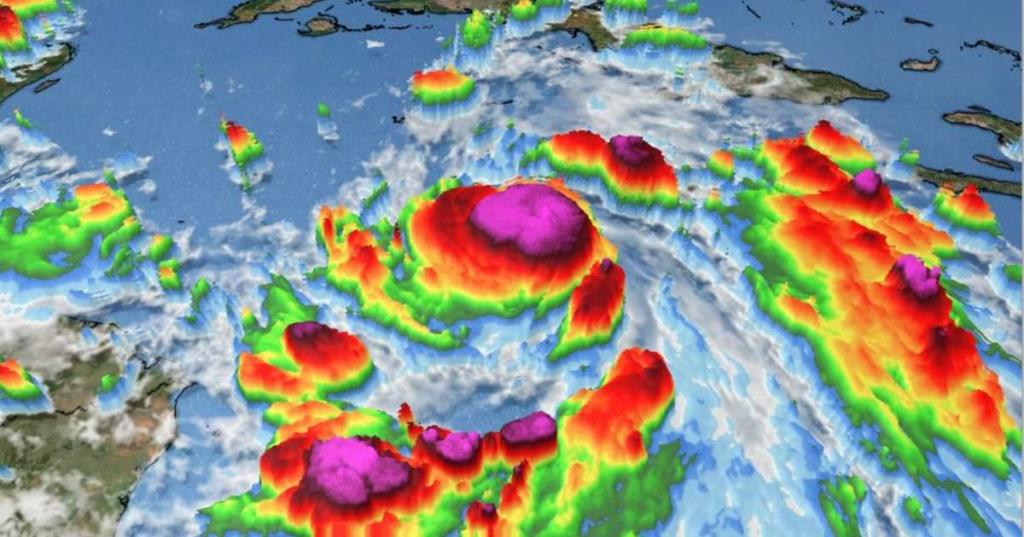 AccuWeather meteorologists have put the Gulf Coast of the United States on high alert for what could be a disastrous strike later this week by a very dangerous hurricane.

Overnight and through early Tuesday morning, Hurricane Delta escalated quickly into a Category 4 storm and forecasters warn it could strengthen even more before it strikes the Yucatan Peninsula. After that, forecasters expect Delta to emerge over the extremely warm waters of the Gulf of Mexico, where it could maintain its strength for a time.

The hurricane’s winds had increased to 130 mph by 11:20 a.m. EDT Tuesday just over 24 hours after it became the 25th tropical storm of the 2020 Atlantic hurricane season.

Delta became the first major hurricane to churn over the Atlantic basin during the month of October since Hurricane Michael in 2018. Delta’s intensification was the most extreme in 15 years for an October hurricane. The storm’s maximum sustained winds increased by a whopping 70 mph — from 40 mph to 110 mph — in its first 24 hours as a named storm. Only Hurricane Wilma in 2005 exploded in a more significant fashion over that same 24-hour period. Delta has also set a speed record for strengthening from a depression to a Category 4 hurricane. Delta accomplished this in just over 36 hours, and surpassed Keith from 2000, which did so in 42 hours.

At 5 p.m. EDT Tuesday, Delta was packing winds of 145 mph and was chugging along west-northwest at 17 mph. The Category 4 hurricane was located about 215 miles east-southeast of Cozumel, Mexico.

Satellite images showed that Delta was an incredibly compact hurricane on Tuesday. Hurricane-force winds extended outward only up to 30 miles from the storm’s center, but a small eye about 5 miles across had developed, a sign that forecasters said indicated rapid strengthening.

Delta is expected to make landfall as a major hurricane of at least Category 3 strength over south-central or southeastern part of the state late Friday or early Saturday, becoming the first-ever hurricane named after a Greek letter to strike the U.S., and the 10th storm of the season to make landfall in the continental U.S. — a new record.

Alabama Gov. Kay Ivey declared a state of emergency midday Tuesday ahead of the hurricane, noting that coastal areas of the state are still recovering from Sally’s blow in mid-September. Hurricane Delta “could potentially have a significant impact” on Alabama, she tweeted.

“Working with local leaders in Orange Beach, Gulf Shores, Dauphin Island and the unincorporated areas of Ono Island and Fort Morgan, it has been determined that all visitors and tourists should proceed with a mandatory evacuation of the Alabama Gulf Coast starting first thing tomorrow morning,” Ivey said. “This is for their safety and well-being, as well as for the safety and well-being of locals who are working to prepare their communities in the event Hurricane Delta tracks more easterly. Unless you are a local resident with a hurricane pass or have a pass or decal that has been issued to contractors, property management or other businesses working in response to Hurricane Sally, this mandatory evacuation notice should help us prepare for the worst, even as we hope for the best.”

It’s possible that Delta could peak as a Category 5 hurricane with sustained winds exceeding 155 mph. If the storm were to reach that strength, it would be the first hurricane this season to reach Category 5 force. Hurricanes Laura and Teddy peaked at Category 4 intensity.

Delta is forecast to take a fairly steady west-northwest path into Thursday, which will take the storm over part of Mexico’s Yucatan Peninsula on Wednesday with dangerous, damaging and perhaps deadly consequences.

From Thursday to Friday, the hurricane is projected to begin a curved path to the north over the west-central Gulf. As the storm approaches the Louisiana coast late Friday it may begin to turn more to the northeast.

Wind shear is the increase in wind speed with altitude as well as the sudden change in wind direction from one location to another. Wind shear and changes in the structure of the eye are some of the main challenges in forecasting the overall strength of hurricanes.

A faster forward motion may prevent Delta from quickly weakening prior to or upon landfall. The risk of damaging winds can extend well inland and not only result in a significant amount of power outages, but also property damage. Trees may block streets and secondary roads. The power could be out for many days in some of the hardest-hit communities.

Delta’s fast pace should prevent a repeat of staggering rainfall amounts and flooding from Harvey in 2017 or a lesser extent from Marco, Sally and Beta this year.