100% HALLOWEEN: Andalusia local goes all out decorating house for the holiday 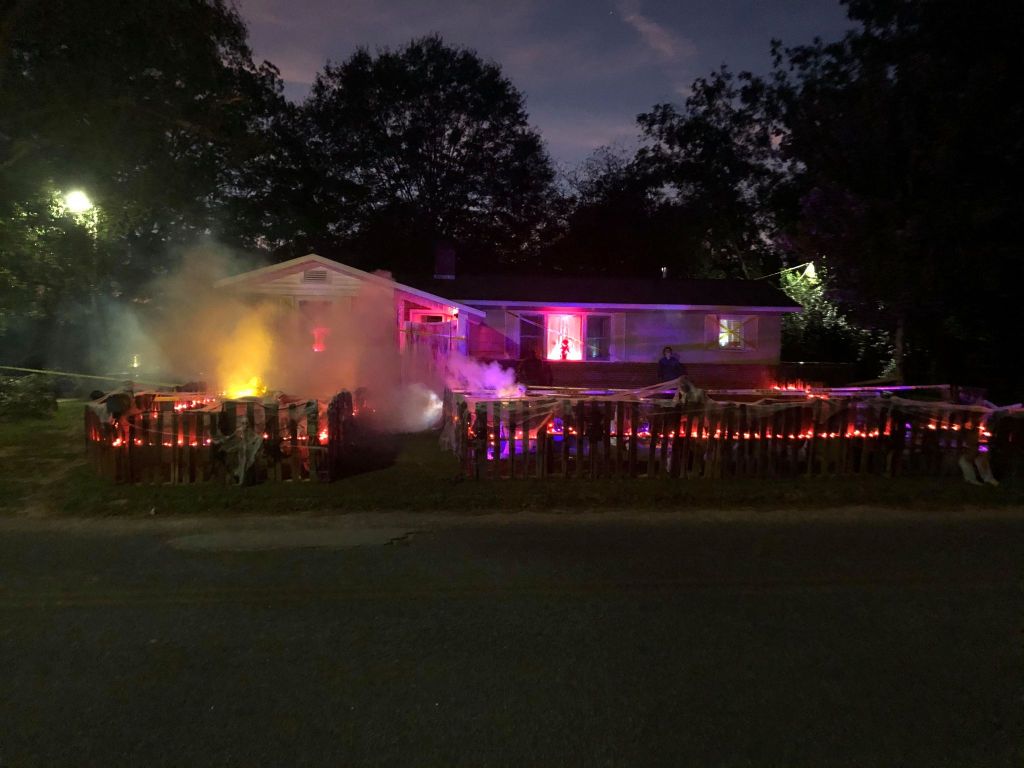 Andalusia local Eric Elmore takes Trick-or-Treating to the next level. His yard is filled with handmade Halloween decorations and various light and fog machines for everyone to enjoy. Elmore said he spent a week preparing his residence for October.

Elmore said he has been a Halloween enthusiast since he was a kid. Once Elmore was an adult, he began working at scary houses and learned more about them.

“I’ve worked at a lot of scary houses, so I kind of know the ins and outs of it,” Elmore said. “I’ve been doing this since 2015. I worked with the city and we did a Relay for Life scary house in 2014. It didn’t pan out the next year, so a lot of the stuff that I just bought personally, I started setting up at the house for trick or treating.”

One of Elmore’s favorite decorations is a zombie box at the entrance of the trail, along with a variety of fog machines and lights that are set up throughout his yard. Some of the props are made by Elmore himself, while others are collectible pieces that he purchased. The newest addition to Elmore’s collection is an authentic Chucky doll from the 1990 movie.

“The zombie box is actually in the ground and it lights up to look like there’s fire up under it. I’ve got fog machines that run into them and actually puts smoke out of it, so they are going to have to walk over this to get to the candy this year,” Elmore said. “I’ve always wanted one of the Chucky dolls and I happened to find one this year. The kids see him in the window and want their picture made with him.”

The interest that he has seen over the last few years has inspired Elmore to open a scary house of his own.

“I’ve already had about 30 people come by and get pictures, some from out of town. One brought theirs from Enterprise to get pictures with their kids, and last year I think I had 340 kids come through here. I’m hoping this year I’ll have more,” Elmore said. “I plan on eventually opening my own scary houses maybe in the next two or three years and still maybe do this. I’d like to do something like that, I think it would be good around here.”

Throughout the week of Halloween, Elmore will have the lights and fog machines set up and ready to go, Elmore said. Elmore encourages everyone interested to stop by and enjoy the decorations.

“Anybody that wants to check it out is more than welcome. If you’re wanting to get pictures, let me know or send me a message on Facebook,” Elmore said. “I think the video has been shared a lot more than I thought it would be. I just shared that I was getting close to being finished, I didn’t know it was fixing to go everywhere. I think people are just ready to get out and do something. Now I just have to get out and buy some Halloween candy.” 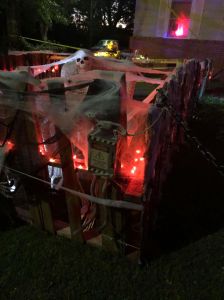 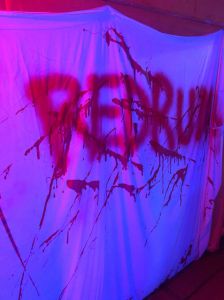 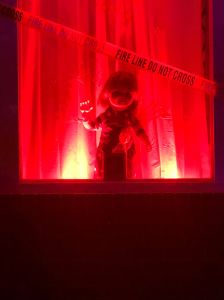 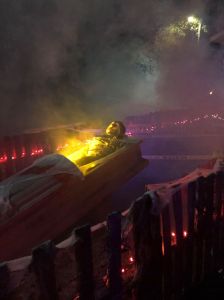 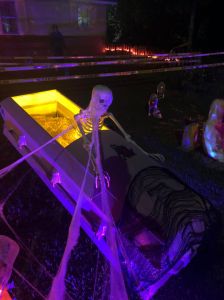 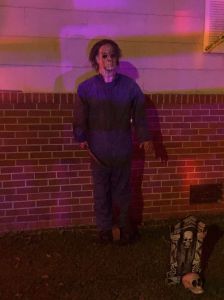