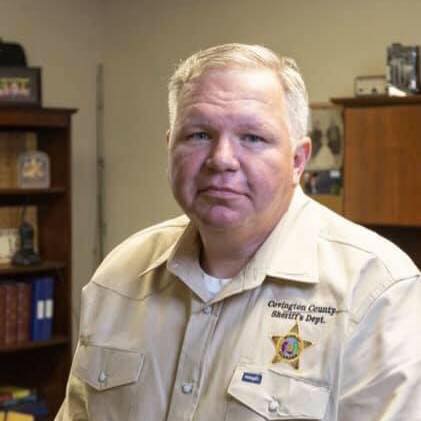 Turman said he has set a high standard for all employees to meet professionally, and personally.

“A deputy sheriff is a sworn officer whether on duty or off, and his or her behavior must always be exemplary if they are to represent the Covington County Sheriff’s Office,” Turman said. “A policy manual was implemented as I took office that addressed job performance, as well as personal behavior on duty and off duty. The manual was made available to every employee to read and study.”

When Turman took office, he said three certified officers from the previous agency resigned within a few days for personal reasons of their own.

“Not one of these three were about to be terminated as I took office and were in fact encouraged to stay,” Turman said. “Since taking office, I have terminated personnel who have not met the high standard after a reasonable length of time, even with corrective action and remedial training being implemented.”

Turman said most terminations have been preceded by a thorough investigation of the policy violation.

“One termination immediately followed such an egregious action, that no investigation was necessary,” Turman said.

Terminations or resignations following an investigation are noted as follows:

Two deputies were terminated due to open extramarital relationships, among other long running and serious policy violations.

“Do not think for a minute that the public does not notice extramarital misconduct by officers, and it reflects poorly on the officer and the agency,” Turman said.

One deputy, who worked nightshift, was terminated when it was discovered that he was going home before the end of his shift.

One deputy was terminated for failure to take immediate action on an obvious felony offense, among other demonstrations of incompetence.

One deputy was terminated after repeated chances to improve his people skills with the public, and after numerous allegations of excessive force.

One deputy resigned following an investigation of extreme non-professional behavior and abuse of social media.

One deputy resigned to accept a long-pursued career with a state agency.

One deputy resigned to accept employment with another county agency.

One clerical employee was terminated following an investigation.

“Since taking office I have implemented a pre-employment screening practice, and every potential new deputy now undergoes a background investigation and sits before a hiring review board consisting of five seasoned officers,” Turman said. “This same review board screens applicants for promotion.”

“No employee has been terminated without cause,” Turman said.

“Now, I will address personnel issues within the jail,” Turman said. “In my administration, jail employees also undergo a background investigation. Integrity is as important to a jail employee as it is to a patrol deputy. Every effort is made to establish that integrity is present within a new jail employee. There is considerable temptation and opportunity to do wrong as a correctional officer. Sometimes a lack of integrity is not demonstrated until they have worked for a while within the confines of the jail and are exposed to that opportunity and temptation. Two former employees are facing prosecution for a criminal act committed while performing his duties.”

Turman said it takes a special person to function as a correctional officer.

“Some new employees are hired hoping to launch a career, but see that it is not for them, and they resign,” Turman said. “Most criticism that I am aware of comes from former disgruntled employees and that is expected. So, for those critical of my administration for personnel turn over, I offer no apology. As said at the onset of this message, I set a high standard for my employees, and I expect them to meet it and surpass it. If they cannot meet the standard, they cannot stay.”

Two inmates arrested for trying to bring contraband in…